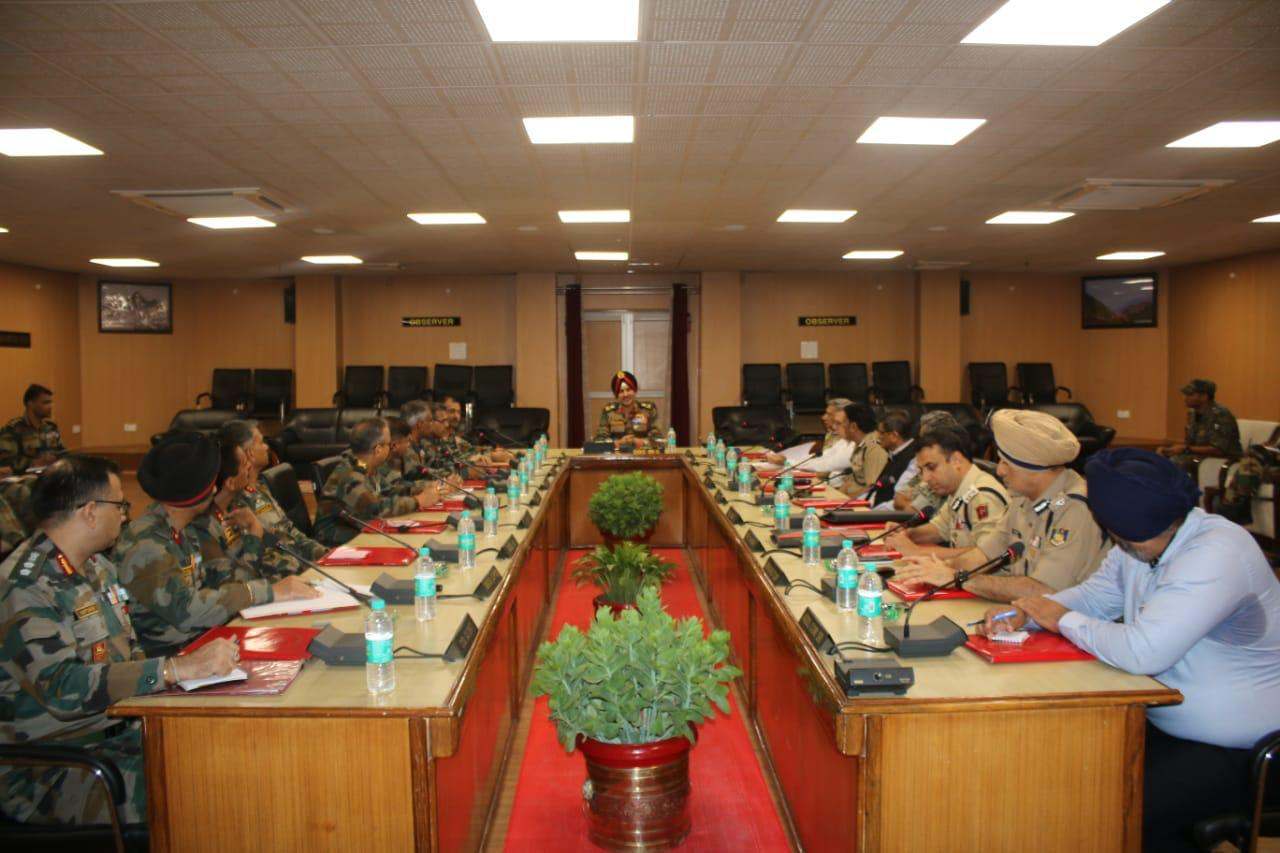 JK news Today
Srinagar, July 9:
The Northern Army Commander Lt Gen Ranbir Singh arrived in Srinagar on 09 July on a three day visit to review the overall security scenario in the Kashmir Valley.
During the visit, the Army Commander was briefed by the Chinar Corps Commander, Lt Gen AK Bhatt, at Badami Bagh Cantonment on the overall security situation and major operational, logistical and administrative aspects. The Army Commander also chaired a key Security Review Meeting of the Core Group which was attended by senior officials from the Army, Police, CRPF and various other security agencies. During the meeting, the overall security situation was reviewed with special focus on Amarnath Yatra, neutralisation of terrorists, social media fallouts, addressing the aspects of alienation and minimisation of civilian casualties during operations. He also appreciated the synergy being maintained through the joint efforts of all the agencies which he said was the most critical aspect of successful counter terrorist operations.