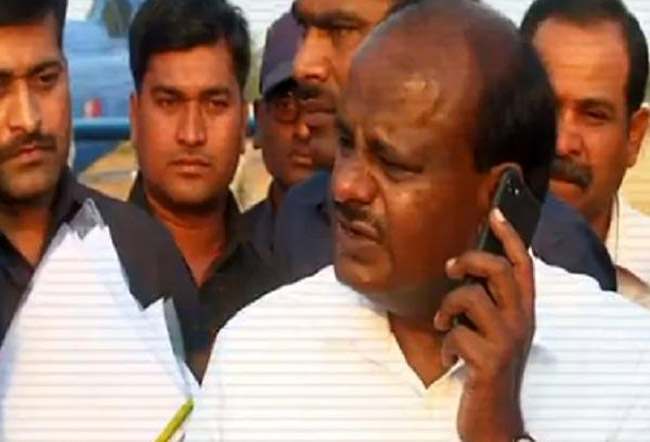 Karnataka Chief Minister was caught on tape saying ‘kill mercilessly’ to avenge the murder of a JD(S) leader in Mandya.

Karnataka chief minister HD Kumaraswamy has been caught on camera telling someone over the phone to kill the attackers of a local leader of his Janata Dal(Secular) party, Honnalagere Prakash, “mercilessly in a shootout”.

“He (Prakash) was a very good man. I don’t know who did this and why. But Kill them (assailants) mercilessly in a shootout, there is no problem,” Kumaraswamy is heard saying in the video clip.

Prakash was attacked by unidentified men with machetes on Monday in south Karnataka’s Mandya district while he was travelling in his car in Maddur.

“Prakash, who was murdered, was a party loyalist. I have instructed the police to take all necessary measures to ensure that such incidents are not recurring,” Kumaraswamy said in a statement issued by his office.

The chief minister later defended his statement, saying he was angry.