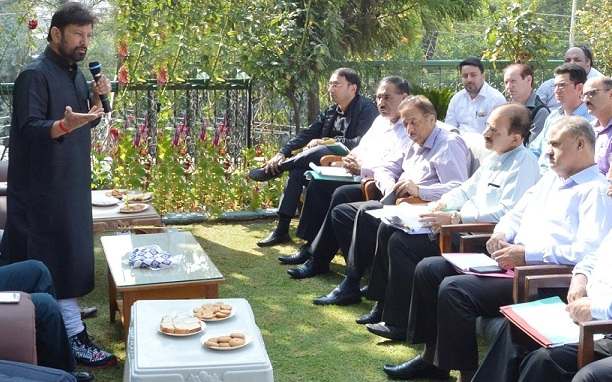 Minister for Forest, Environment and Ecology, Chaudhary Lal Singh on Saturday directed officers of forest department to keep check on smugglers and further tighten the noose to environment and ecological violators across Kashmir region.

Taking review of functioning of forest department in Kashmir region during a high level meeting here, the Minister said the Forest Department and its allied wings should launch massive campaign over the ill effects of environmental degradation.

“The violators of the forests and environment shouldn’t go unpunished,” Singh said. “We have rich resources but if we don’t remain vigilant, our green cover would be vanished because of the smugglers and violators carrying out activities across the State,” he said, adding that the violators and smugglers have been taking undue advantage of the ongoing unrest.

Singh also asked officials to inform the small scale industrial units, including stone crushers, brick kilns and other quarry units to adhere to the pollution control norms, failing which a strict action should be initiated against them.

“We have to make sure that all the smugglers and violators are taken to the task. This should set an example for the others before they think of violating the Forest Act and pollution control norms,” he said. He also directed Pollution Control Board officials to launch drives against the violators. He said that the truckloads and number of tippers moving across Kashmir should be well covered so that they don’t litter on the roadsides.