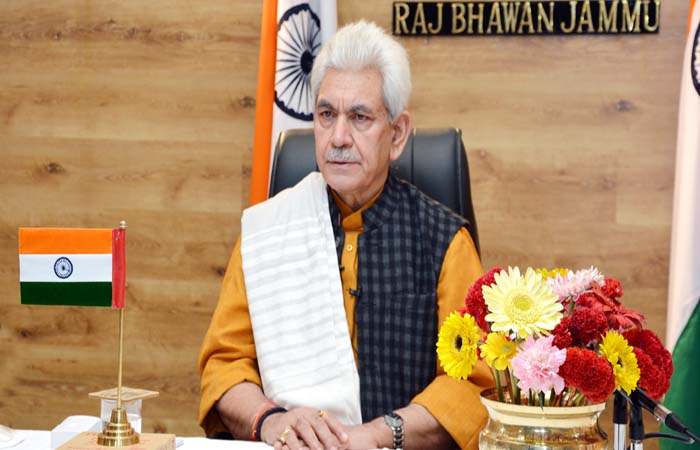 Let the facts speak for themselves: One of the facts that has been reinforced is that Lieutenant Governor  Manoj Sinha’s administration is not only alive to sensitivities to the people  but also takes action to meet the demands of justice, particularly when it comes  to respecting human rights .

A serious situation had arisen on  November 15 evening, when during the course of an encounter in Hyderpora, Srinagar, an encounter led to the killing of four, two of whom, as the neighborhood joined the families in claiming that they were civilians. These “civilians” were buried along with the militants in a distant place in Handwara in the north-west of Kashmir, sparking anger among the families, and others.

Two issues were involved : one, that “civilians” were killed in the encounter, and second, they were buried in  Handwara, Kupwara, far away from their native place. These were disturbing things and reflected on the situation .

Manoj Sinha could sense that this particular incident (s) could cause hurdles in the narrative of peace building in Kashmir that he so painstakingly had constructed through his reach out to the people as also by his work in response to their demands.

On Thursday, he ordered Magisterial probe . By the same evening the bodies of  Altaf Bhat and Muddasir Gul were exhumed from graves in Handwara , and handed over to their families. This was a show  of the humane approach of the administration that Manoj Sinha presides over.

On larger canvas, it demonstrated that Manoj Sinha was more than keen to meet the scales of justice. Now he has furthered his point by saying that “ those found guilty will not go unpunished.” Only a bold and able administrator can say these words .

Lieutenant Governor Sinha  has done it. For him, it was important that justice needed to be done, not just to satisfy the agitating people and parties, but  more importantly for the nation’s image that respects human rights of each and every citizen.   The exhumation of bodies, handing them over to their next of kin  to perform the last rites demonstrated that how he cared for the rights of the people.

The probe is underway, in which the whole  episode would be decoded as per the time line.