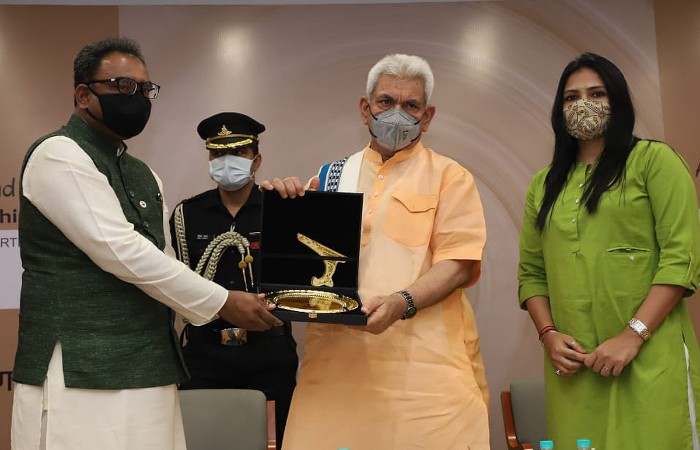 Under the leadership of Prime Minister, Purvanchal has embarked on journey of development & prosperity: LG

Speaking on the occasion, the Lt Governor congratulated all the achievers of Purvanchal and acknowledged their significant role in inspiring the young generation through their achievements in their respective fields.

The Lt Governor appreciated the organizers for celebrating the spirit of Purvanchal and strengthening the sense of belongingness among the people of Purvanchal through this event.

Purvanchal can be understood fully through the couplets of Sant Kabir Das- the Gem of Purvanchal. It is a land of spirituality and is among the most ancient regions of India. With its rich heritage and culture, it has created a unique identity by assimilating all creeds, sects and beliefs, said the Lt Governor.

Purvanchal had a glorious history of prosperity. The people of Purvanchal living across the world have preserved the rich culture and traditions of the region. Collaborative efforts are needed to take the region to new heights of development, he added.

Speaking on the socio-political change the Purvanchal region is witnessing, the Lt Governor observed that since 2014, under the leadership of the Hon’ble Prime Minister Shri Narendra Modi, Purvanchal has embarked on a journey of development and prosperity.

The ultimate way of developing a region is the creation of resources and empowering the common people. There is huge diversity in the areas of Purvanchal and the new dawn of development has given a determined push for the holistic progress of the region, he added.

The socio-economic development has come up in the region of Purvanchal. Aspirations of the people of the region are now the focus area of the government. Platforms are being provided to the youth to achieve high success in various fields. Reformative measures has been taken for the promotion of various sectors in the region, said the Lt Governor.

The Lt Governor while highlighting the important role played by Purvanchal in the making of modern India, said that the contribution of the people of Purvanchal holds a distinctive place in Indian freedom struggle.

The region had a long tradition of learning. Sanskrit based education and a vast heritage of ancient to medieval learning made this region a hub of Hindu-Buddhist-Muslim education. Purvanchal Universities and academic institutions have played a very significant role in building modern independent India, he added.

The Lt Governor also made a special mention of Mangal Pandey, the great hero of the first freedom struggle, who was a native of Ballia.

Underscoring the reformative measures taken by the central government, the Lt Governor said that between 2009 and 2014, the average budget of Railways in Uttar Pradesh was Rs 1109 crore. After, 2014, Rs. 11,213 crore was given every year for the development of railways in Uttar Pradesh. That is a big quantum jump of about 911% which itself speaks about the right intention of the Government of India i.e development.

Tremendous work has been done in every field, be it transportation, education, health, roads or other essential aspects of infrastructural development for the society. Revolutionary reforms are being made for the growth of Heath sector, said the Lt Governor.

Every area of the Purvanchal was linked to the mainstream of development. The national highway network had almost doubled and connectivity was strengthened. The whole work culture is changed and its impact is visible on the ground, the Lt Governor maintained.

On development of sports sector in Purvanchal region, the Lt Governor said that the untiring efforts of the Hon’ble Prime Minister led to the development and creation of state-of-the-art sports facilities .

The day witnessed series of events including distribution of prizes to winners of Maati competition; presentation of Kabir bhajan, Phagua and folk songs by Gajendra Pandey and Troupe and Poetry recitation by Achanak Mauve, Nirjhar Pratapgarhi and Nagendra Anuj.

Asif Azmi and Prakhar Malviya Kanha were the Conveners on the occasion.