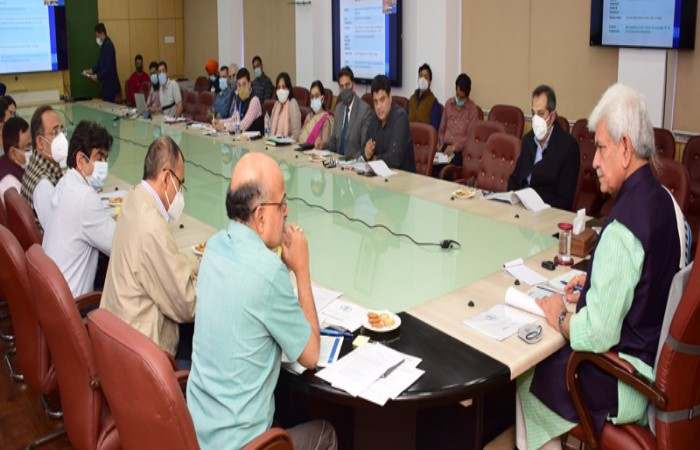 The Lt Governor also called for identifying Aadarsh panchayats and Aadarsh Blocks, 75 each, on set parameters.

Involve elected public representatives, youth, school students, social and cultural organizations, NGOs, Civil society and all the sections of the society for ensuring maximum public participation in this National festival of the grand celebrations of 75 years of Independence, Lt Governor asked the officers.

Laying special emphasis on making large-scale publicity of the mega celebrations, Lt Governor asked the concerned officers to make optimum use of various online and offline media platforms so that the festival of 75 years of Independence reaches each and every citizen of the UT.

All departments were directed to submit their respective action plan with detailed Calendar of commemoration activities for 75 weeks, covering all Districts, with specific location of events to be prepared by the respective departments for the grand celebration of the festival.

Pertinently, the National Level celebrations will be launched by the Prime Minister on March 12, 2021 that marks the anniversary of Dandi March.
Grand celebrations are being held across the country on themes like Vishva Guru Bharat; India’s rich Culture & Heritage; Unity in diversity; Progress of India – post Independence; India 2.0: Aatma Nirbhar Bharat; We, the people of India and Independence 2.0.