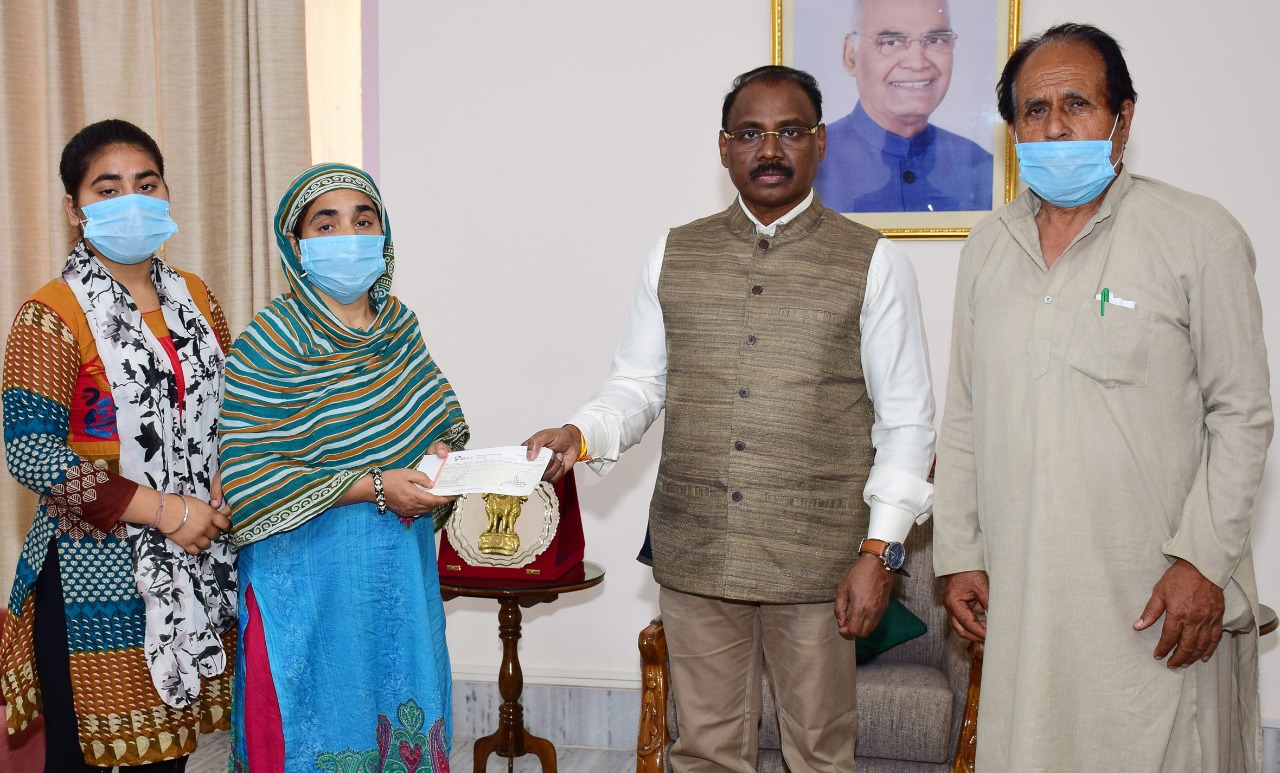 Lieutenant Governor, Girish Chandra Murmu interacted with the family members of the Sarpanch Ajay Pandita Bharti, who fell victim to the militants, and extended his deepest sympathies to them.
While paying homage to Ajay Pandita, the Lt Governor observed that the supreme sacrifice made by him would always be remembered and hoped that perpetrators of such dastardly act would realize their follies and desist from committing crime against humanity.
Assuring full support from the UT Government, the Lt Governor handed over the ex-gratia relief to the NoK’s of martyred Sarpanch.
The relief amounting to Rs 20 lakh includes Rs 5 lakh from SRE, Rs 1 lakh as ex-gratia from Government, Rs 4 lakh from Lt Governor Relief Fund, whereas Rs 10 lakh out of Panchayat Welfare Fund will be released shortly.
Sarpanch, Ajay Pandita was a resident of Panchayat Halqa Lukhbawan block Shahabad of District Anantnag. He is survived by wife, two daughters, father and mother.