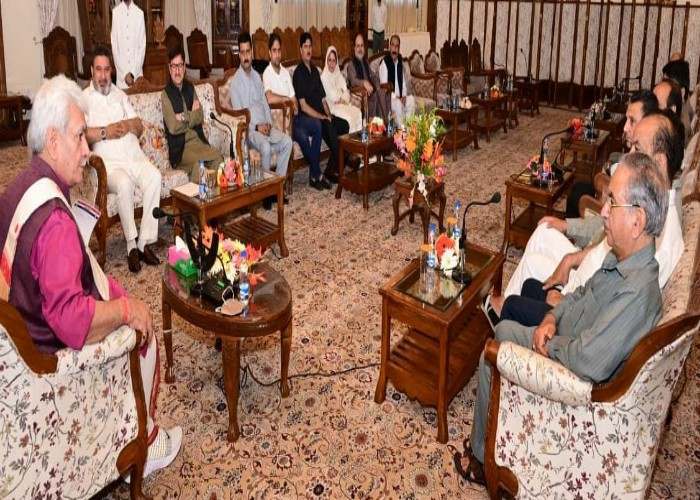 The members of the delegation submitted a memorandum of demands including restoration of statehood, speedy recruitment processes for youth.

The Lt Governor said the Hon’ble Home Minister Shri Amit Shah had made a detailed statement on the floor of the Parliament that the statehood would be restored at an appropriate time.

On the issue of recruitment processes, the Lt Governor observed that due to irregularities in the exams of Sub Inspector, Junior Engineer and Finance Account Assistant recruitments, inquiry of all the three exams has been handed over to CBI and fresh examinations will be conducted by October.

“The vacancies of different posts in various Government departments would be advertised in the coming two months”, the Lt Governor added.

Interacting with the members of the delegation the Lt Governor assured that the other issues projected will be addressed promptly based on merit.

He urged the members of the delegation to continue their endeavours of public service for the welfare of the people of Jammu Kashmir.