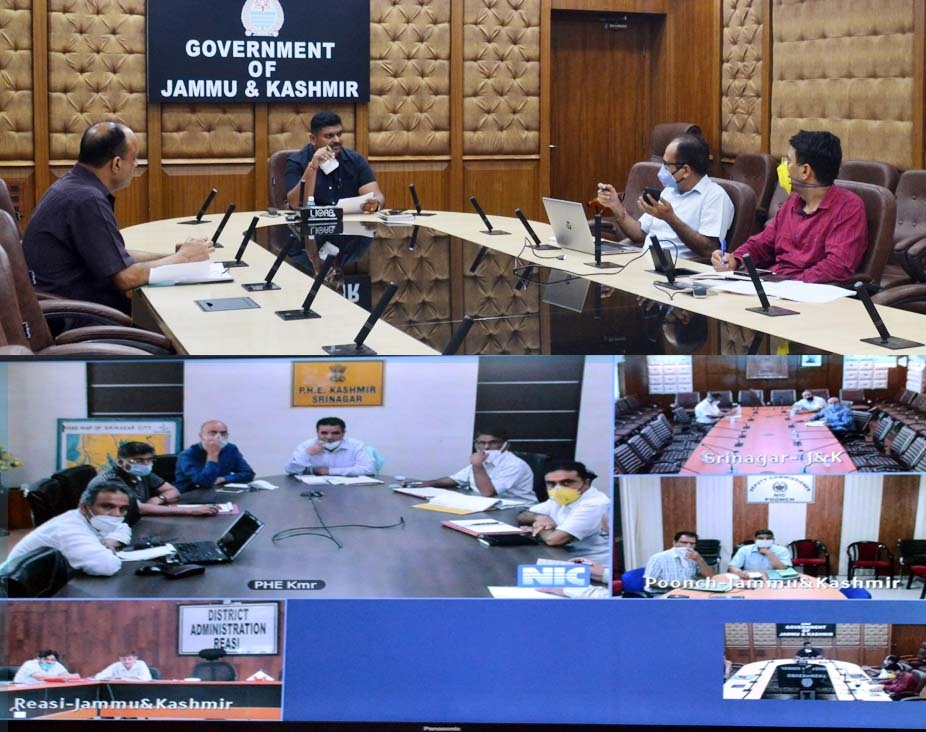 Secretary Jal Shakti Department, M Raju, today reviewed implementation of Jal Jeevan Mission in Jammu and Kashmir here at a meeting with field functionaries of the department.
The meeting was attended by Additional Secretary, Deputy Secretary, Chief Engineer Jal Shakti Jammu, while Chief Engineer Jal Shakti Kashmir, Director Finance, Director Planning Jal Shakti and other field functionaries of the department attended the meeting through video conferencing.
Seeking details of achievements under Jal Jeevan Mission, the Secretary was informed that 7.82 lakh rural households in J&K have been covered by providing them tap water and work is in progress to achieve the set targets. The engineers also apprised the Secretary that work on preparation of District Action Plans, Village Action Plans are in progress in all the districts.
The Secretary directed the concerned Engineers to complete District Action Plans, Village Action Plans of all the districts of Jammu and Kashmir UT at the earliest. He further asked both the Chief Engineers to ensure its approval from the concerned Deputy Commissioners and submit these plans in his office.
M Raju also directed the concerned Engineers to expedite the process of preparation of DPRs for water supply schemes and complete all the same within time bound manner. He further instructed them to float tenders of already approved projects for execution of works on ground.
Threadbare discussions were held on the issues regarding water testing laboratories, third party monitoring, Implementation of Support Agencies for creating awareness among the general public regarding use of water, preparation of plan for skill development and training of field functionaries.