Massive rise in ceasefire violations by Pak in 2016 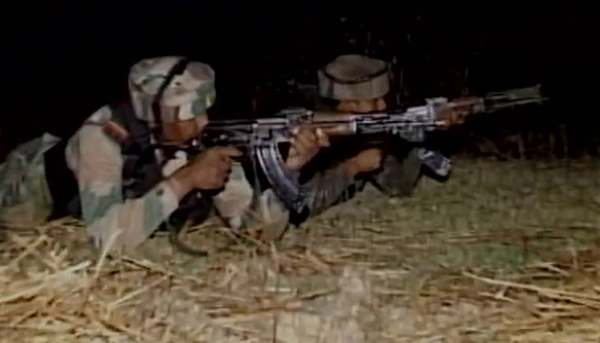 Pakistan has escalated the  level of ceasefire violations  at the Line  of Control and international border in Jammu and Kashmir   until November 14 this year as compared to the whole of the last year.

The Indian army  responded to these violations effectively . During Pakistan firing and shelling ,  12 civilians , eight soldiers  four BSF personnel were killed  in 2016 against  six soldiers, four BSF men  and 16 civilians killed last year. This information was  given by minister of state for defence Dr. Subhash Bhamre in a written reply to Shri Jai Prakash Narayan Yadav and others in Lok Sabha today.

There  were  152 ceasefire violations last year, while  this year  it has gone up to 167, the reply said.

The details of soldiers, civilians killed and injured during the said violations during the year 2015-16 are as under:-

The details of casualties in ceasefire violations are as under:-

Details of ex gratia lump sum compensation being paid to the Next of Kin (NoK) of Defence personnel are as under:-

Appropriate retaliation to the ceasefire violations, as required, has been carried out by Indian Army / BSF.  In addition, all violations of ceasefire are taken up with Pakistan authorities at the appropriate level through the established mechanism of hotlines, flag meetings as well as weekly talks between the Directorate Generals of Military Operations of the two countries.  BSF, too, holds talks at various levels with its counterpart viz. Pakistan Rangers.

Further, all forward posts along the Line of Control are adequately strengthened to withstand enemy fire.  There is also a well-established Standard Operating Procedure (SOP) to safeguard against enemy action to minimize the casualties.