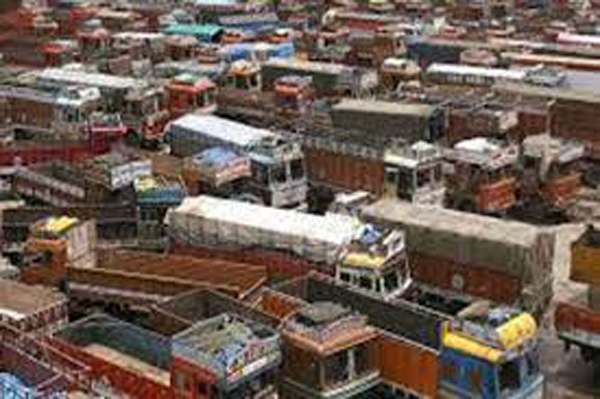 Heavy traffic jams were witnessed on the Jammu-Srinagar National Highway at Nagotra toll post on Friday as authorities did not allow fresh kashmir-bound traffic due to bad weather, triggering protests by drivers.

“Everybody is informed that the highway is closed. No vehicle in any circumstances will be allowed to move towards Kashmir”, a policeman carrying a microphone announced at the Nagrota traffic checkpost.

Over 1000 vehicles have been stranded at various places.

When the highway will reopen, the bus and truck drivers will be allowed to move towards Kashmir, the policeman said.

As a result of the stoppage of vehicles, heavy jam of vehicles is seen on the highway for several kilometers.

Drivers said they moved towards Kashmir only after a go ahead from traffic police but have been stopped.