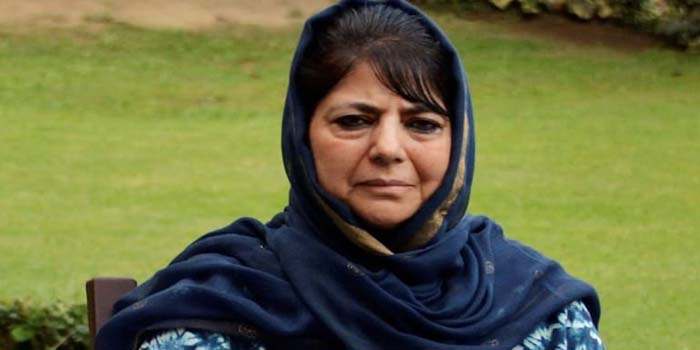 Mehbooba, who arrived in Jammu on Wednesday on a week-long tour of the region to hold threadbare discussions with senior PDP leaders on party affairs and future strategy, made these remarks at Gandhi Nagar here.

“I feel that the government should take back these laws immediately,” she told reporters in reply to a question on the violence on Republic Day in New Delhi.

The former chief minister further said she felt there is a conspiracy to defame the farmers.

Farmers feel scared, she said and demanded withdrawal of the laws to end this fear among the farming community.

Mehbooba claimed those involved in incidents on Republic Day violence were “BJP men”.

This is her first visit to Jammu division post the District Development Council (DDC) elections which were held in November-December last year. Peoples Alliance for Gupkar Declaration (PAGD), an amalgam of various political parties including National Conference and PDP, swept the polls by winning 110 out of 280 seats.

Mehbooba will also visit the border districts of Poonch and Rajouri and Chenab valley region and interact with party leaders and workers.