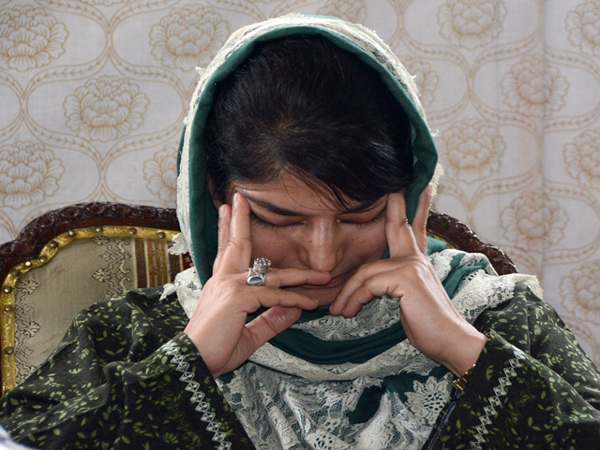 ‘She should remember Mufti Sahab’s role as Union Home Minister’

National Conference on Tuesday said Chief Minister Mehbooba Mufti’s act of running away from the Legislative Assembly’s discussion on the 2016 killings was shameful and went on to prove her complicity in the unprecedented repression that was unleashed in Kashmir. In a statement issued from Sher-e-Kashmir Bhavan in Jammu, National Conference State Spokesperson Junaid Azim Mattu said rather than answering vital questions regarding nearly a hundred precious young lives lost in the recent unrest Mehbooba Mufti chose to run away in an effort to undermine not only the Legislative Assembly but also the very sanctity of democracy in the State.

“The Chief Minister should have been present for the entire duration of the discussion on the recent unrest in which precious young lives were lost. If she had any pressing official engagements in the Valley, she could have flown in the morning and prioritized this discussion over her penchant for photo-ops and foundation stones. It is unfortunate that the Chief Minister remains brazen, arrogant and unrepentant despite lording over a brutal massacre of our youth”, the NC Spokesperson said in the statement.

The NC Spokesperson said Mehbooba’s incoherent attempts at shifting blame and escaping responsibility in the Assembly on Monday was in line with her known double-standards. “When she was an opposition leader, she was very comfortable snatching the Speaker’s microphone and storming the well of the house. Her MLAs had no qualms in hurling chairs and even slapping marshals. Now, as the head of the PDP-BJP Alliance, she considers it below her dignity to even submit herself to the parliamentary systems of debate and discussion on issues as grave as the current unrest”, the NC Spokesperson added.

“Mehbooba Mufti should try to actually go through Jammu and Kashmir’s history before trying to base her arguments in history. The genesis of militancy in Kashmir lies in Mufti Mohammad Sayeed’s brutal and anti-Kashmir tenure as the Home Minister of the country. It was Late Mufti Sahab who bought AFSPA to Kashmir, gave us one misery after another through Jagmohan and left no stone unturned to erode and circumvent the State’s special status throughout his long and distinguished political career in various political parties and as a Minister in various dispensations”, the NC Spokesperson said.

The NC Spokesperson said Mehbooba Mufti should also be reminded of Mufti Sahab’s infamous Operation ‘Catch and Kill’ and his infamous subtle directions to security forces and police to not overcrowd the jails in the State and try to neutralize militants – locals included – at every given opportunity. “These too are dark, painful historical facts. Had it not been for Mufti Sahab’s role in 1989 as the Union Home Minister – Kashmir wouldn’t have witnessed brutal, blood soaked massacres like Gaw Kadal, Handwara and Bijbehara. Were the hundreds of Kashmiris killed on those massacres not worthy of being mentioned in the recollection of the State’s history – something Mehbooba Mufti has lately shown the audacity to do? We all know there would have been no armed turmoil in the State had it not been for Mufti Sahab’s infamous partnership with Jagmohan”, the statement added.

“And before Mehbooba Mufti talks of exploiting the sentiment or sowing the seeds of militancy she should remember how she pledged to be a representative of militants in the Assembly in 2002 and how she exploited the political turmoil and its misery to pave her own path to political empowerment. We don’t need to go very far – what Mehbooba Mufti did in 2010 – how shamelessly she tried to play politics over graves and dead bodies while the State was on fire – is enough to expose her intentions and to tear to bits and pieces her moral lectures”, the NC Spokesperson further added.

The NC Spokesperson said National Conference will continue to hold the Government accountable for the recent unrest and the terrible, staggering human costs that came with it and highlight numerous contradictions by the Chief Minister and her colleagues on this issue since July.