Migration  from borders is a curse! 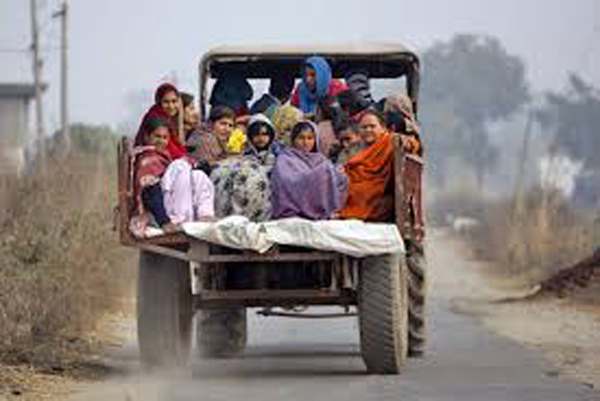 The lives of the border residents living along Indo-Pak borders are that international border or Line of Control that divides Jammu and Kashmir between India and Pakistan can be summed up in just one word, “ hellish.”

Post September 29th “ surgical strikes “by Indian army to take revenge of the September 18th terror attack at Uri army base in which 19 soldiers lost their lives, the mood on the borders has been soured by the threats of tit- for –tat actions by India and Pakistan.  Border residents could smell that something bad is going to happen.

The boom of heavy gunfire and bang of ceaseless mortar shelling along the borders in Jammu and Kashmir rattle Borders. Most of the   exchange of this deadly ammunition that has devastated the lives of the border people once again is taking place in Jammu region, for various reasons. It is because of the demography of the region on this side of the border.  This is Hindu population mostly that is hit hard. But the other side is all Muslim. The agony is same.

Familiar but tragic story has played again. The people have to shelter themselves from the raining bullets and bombs, and in the process they lose lives and limbs.  When homes become safe and the world father away from their fields looks safer that is the worst thing to happen in any one’s life. The lives get shattered and even when the firing would stop, those would not be the same   again.

The migration from Jammu and Kashmir border areas during these times of an undeclared war, what has become a fashion to call, “ violation of ceasefire agreement of November 2003,” is packed with so many miseries.

In fact, it in many ways is much worse than becoming refugees. Refugees leave their homes once and for all with little hope of returning to their roots any time soon. What we have seen as a result of wars as a contest between superpowers and civil wars in Syria, Iraq, Afghanistan is a hopeless situation, where the return of the uprooted residents is seen as impossibility in the given situation of extreme strife. That is one-time phenomenon.

For the border residents here and across the border, it threatens to become a recurring phenomenon, as it was during 1990s and early 2000s. Those were the times when the army on both sides would come up with daily figures as to how many shells have hit the border areas, and how many civilian casualties, apart from the loss of soldiers, have taken place.  Similar bulletins are backing again, which read like the pages drawn from more than decade-old files. Nothing seems to have changed for the population living on borders.

Agonies are piled up   for these unfortunate souls who have no role in the clashes between the armies of the two countries, which automatically generate a sense of extra patriotism and jingoism. This is a crude attempt to cover the failure of diplomacy, which brings such explosive situations on borders.  Everything evaporates when the guns fall silent.  No one takes stock of the losses that the border residents suffer in this interregnum period of mini wars fought close to their homes for a week to months. The challenge is not to rebuild their houses, or resume work on fields or infuse confidence among the children that their schools are safe from the deadly mortar shells.  They suffer far longer after the clashes are over. They become an ostracized lot in their own land people. The social relations are cut off, and they are remembered as dead and the injured during “ undeclared wars.” Thereafter, they are the forgotten people living their lives in death like situations.