Mir all set to get another term as PCC Chief, announcement possible in Jan 2018 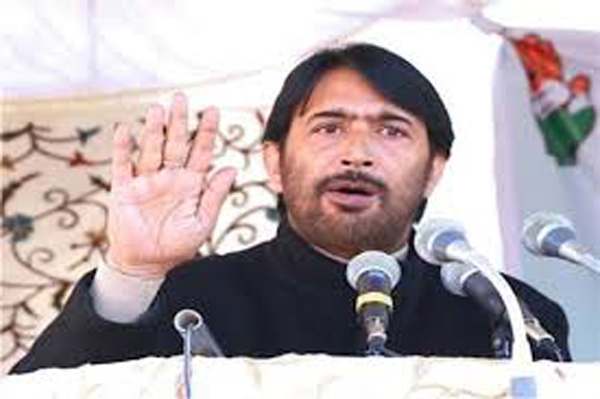 Jammu, December 25: After Rahul Gandhi becomes National president of Indian National Congress (INC), sitting chief of Jammu and Kashmir Pradesh Congress Committee, Ghulam Ahmed Mir is all set to get the next term and announcement for the same is expected in January 2018.

Though state unit of Congress is waiting for last two months for the announcement or election of new state president, but sources in Congress confirms that Mir is getting another term and election is mere a formality now.

“Our President Rahul Gandhi to take the final call after Parliament session over in January 2018 and Mir is all set to get the second term as PCC chief,” said a senior Congress leader.

However, there was no other senior Congress leader from J&K is openly in the race for presidentship for this term, but two-three names were active in the last few months, but there are very less chances that Congress will go for any other person at this moment, when Congress is in opposition and preparing for two big elections in J&K in next three years, which is one term of the upcoming president.

As most of the Congress presidents were from Kashmir region and Mir too belongs to South Kashmir, there were also some voices raised within the party to elect president from Jammu region this time. But sources if believed, high-command is not in the mood to make any big change in the party in J&K.

This time there is open process of election of state president and the 350 elected delegates from all the blocks of J&K elect their president, but extension to Mir is on the cards.

Mir is having edge because he is having a good hold on Congress workers in all the three regions and also he is also close to Rahul Gandhi and third and more important he has not belongs to any particular lobby of Congress leaders in J&K.

Congress chief, spokesperson, Ravinder Sharma said that there is a delay in the election of new state president due to few reasons and elections in Gujrat and Himachal Pradesh and then election of Congress national president was done. Now, anytime in the month of January it will be announce.