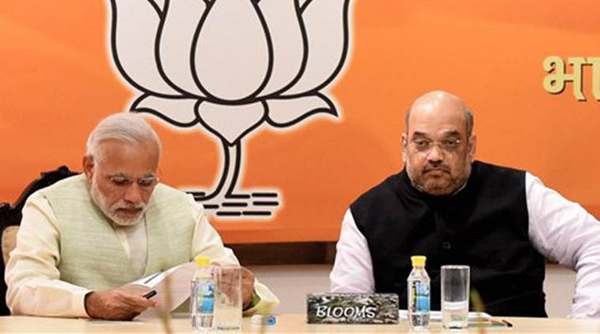 43 out of 280 constituencies going to polls, 296 candidates in fray
Eight phases of polling from November 28 to December 19
Great initiative of Modi Government
Seven lakh to vote in phase one of DDC polls tomorrow
JK News Today
Jammu, November 27:

Seven out of 67 lakh voters for the District Development Councils across Jammu and Kashmir are eligible to vote in the first phase of the polls tomorrow. The polls for 280 constituencies – 140 each in the Valley and Jammu region – are going to polls in eight phases beginning tomorrow and lasting until December 19. This is for the first time that the DDC polls are being held in Jammu and Kashmir as the Central government under the leadership of Prime Minister Narendra Modi has fulfilled its promise to deepen the roots of the three-tier grassroots democracy in J&K.

Home Minister Amit Shah has taken all the measures to translate the promise into palpable ground reality, which is now visible by the number of people contesting the polls and bubbling enthusiasm for participation in the polls.

J K News Today reporters have witnessed enthusiastic and hectic campaigning across J&K. Much of the colour has been added by the presence of central ministers in the campaign. The ordinary people, and the independent candidates as also that of different parties- BJP, and the Gupkar Alliance groups – National Conference and PDP, people’s Conference – have shown never-seen before enthusiasm in the past over three decades.
At Jammu on Friday, State Election Commissioner K K Sharma, gave some of the technical details about the polls.

Sharma said that polling in the first phase will be from 7 a.m. to 2 p.m. The polling on Saturday will be held in 43 constituencies in which 296 candidates are in electoral fray including 207 male and 89 female candidates.

Regarding Sarpanchs by-poll elections, KK Sharma said that the sarpanchs election will be conducted in 94 constituencies and total 279 candidates (203 males, 76 females) are contesting in phase I.

Similarly, in Panchs by-poll elections, which are going to be held in 368 constituencies, total 852 candidates are in electoral fray out of which 635 are male and 217 are female candidates. He also informed that 768 Panchs including 36 Sarpanchs have been elected unopposed.

State Election Commissioner further informed that more than 67 lakh voters in J&K who are eligible to cast their votes out of which 7 lakh voters shall use their right to vote in phase I. He also said that out of 7 lakh voters more than 3 lakhs 72 thousand are from Kashmir division and 3 lakhs 28 thousand are from Jammu division. He also said that 2146 polling stations have been setup to conduct the elections of Phase I in smooth manner.