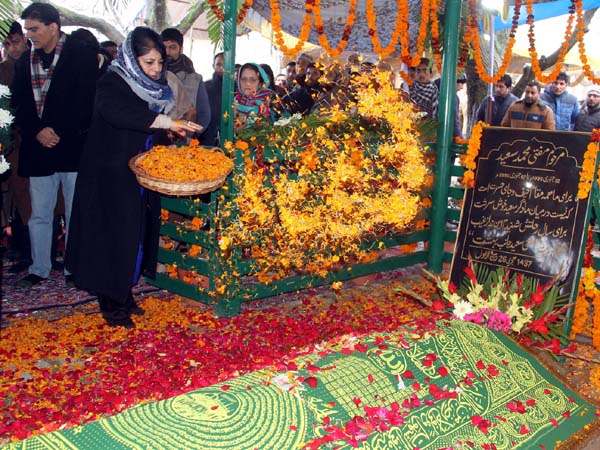 The first death anniversary of former Chief Minister, Mufti Mohammad Sayeed was observed across the State today with people recalling late leader’s contribution in changing the political discourse in Jammu & Kashmir and putting it on the track of peace, dignity, development and prosperity.

Early morning, Chief Minister, Mehbooba Mufti led the people of the State in paying tributes to the late leader.

The Chief Minister visited Bijbehara and paid floral tributes at the mausoleum of the former Chief Minister at Dara Shikoh Park. She offered Fateaha and joined Quran Khwani. 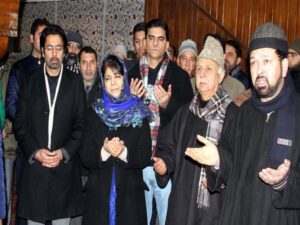 From the early morning people in large numbers, despite inclement weather, were seen arriving at the mausoleum and offering fateha to their beloved leader.

Ministers, MPs, legislators, leaders and workers of PDP and other political parties besides family members of Mufti Mohammad Sayeed and people in large numbers were present on the occasion.

To mark the commemoration, a number of functions were slated for the day at Srinagar, Jammu and other district headquarters.