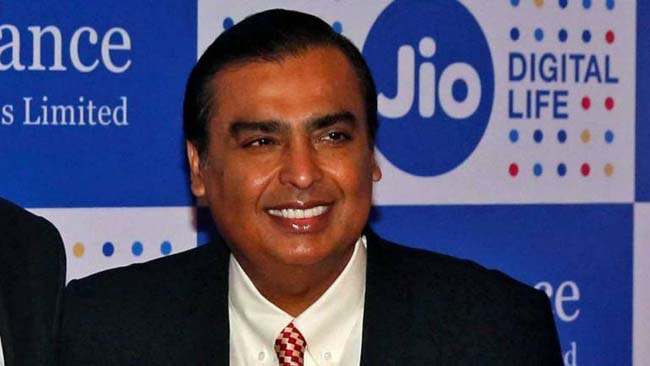 Reliance, which manages the biggest refinery complex, gained 4.3 per cent in Mumbai on Friday adding $8 billion to take its market value to $189 billion.

Reliance, which manages the biggest refinery complex, gained 4.3 per cent in Mumbai on Friday adding $8 billion to take its market value to $189 billion, while Exxon Mobil erased about $1 billion. Reliance’s shares have jumped 43 per cent this year compared with a 39 per cent drop in Exxon’s shares as refiners across the globe struggled with a plunge in fuel demand. Aramco with a market capitalization of $1.76 trillion is the world’s biggest energy company. 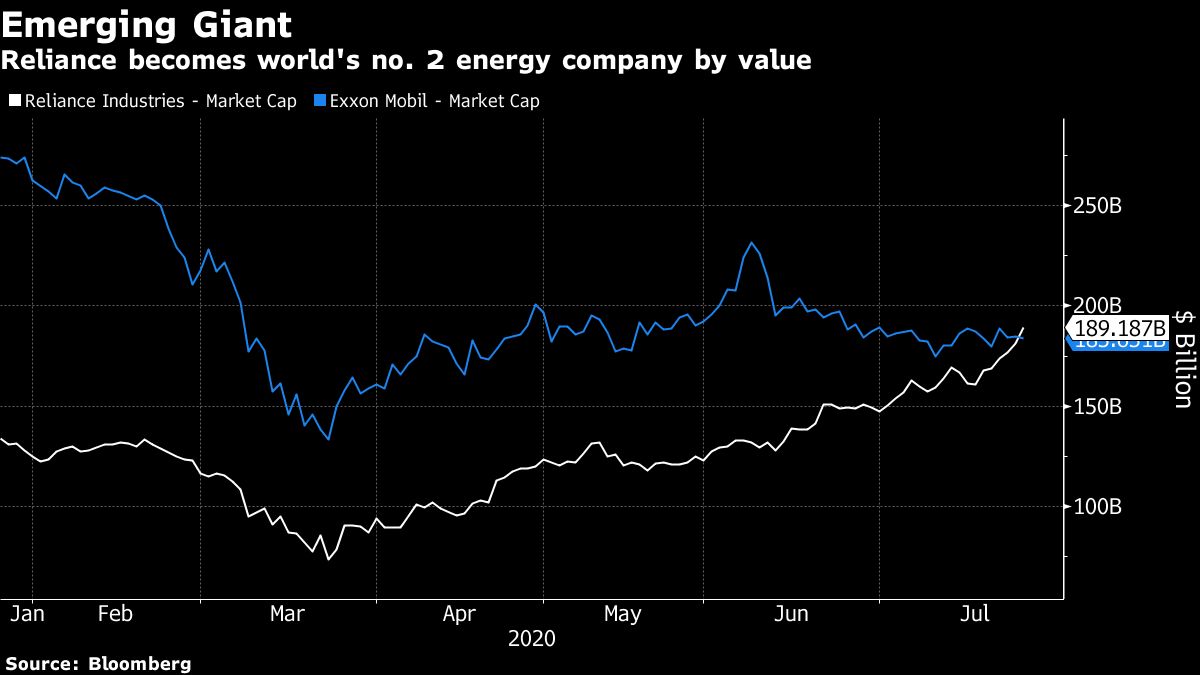 While the energy business accounted for about 80 per cent of Reliance’s revenue in the year ended March 31, Chairman Mukesh Ambani’s plan to expand the company’s digital and retail arms has helped him attract $20 billion into the Jio Platforms unit. That in turn helped add $22.3 billion to Ambani’s wealth this year, propelling him to the fifth spot in the Bloomberg Billionaires Index.

Mr Ambani’s deal-making has lured investments from Google to Facebook Inc. into his digital platform in recent months. The 63-year-old tycoon has identified technology and retail as future growth areas in a pivot away from the energy businesses he inherited from his father who died in 2002.

Meanwhile, large scale global oil demand destruction – some 30 million barrels a day, or a third of regular usage, in April – sent energy markets into a second-quarter tailspin, from which they’ve only recently started to recover. Worst-in-a-generation oil prices combined with OPEC production cuts, collapsing refining margins and millions of barrels of unsold crude have hurt big oil companies including Exxon and Chevron Corporation.