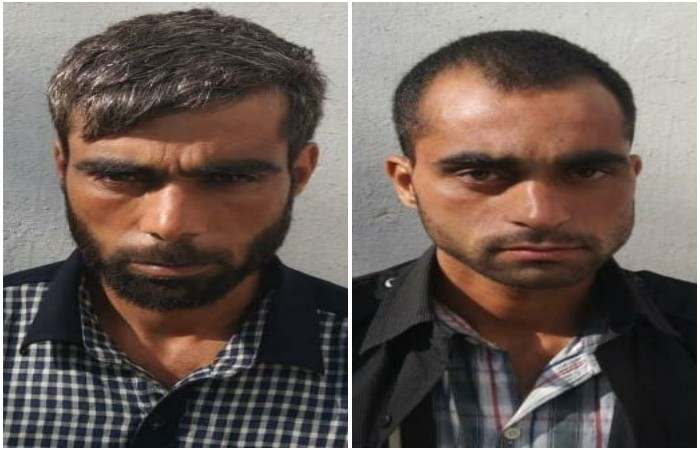 Deceased Shamim was married to Shabir some three years ago, over the time relations between two sour & the woman was sent back to her parents home by the husband. Today when she was grazing cattle in the nearby field in her parents village, her husband Mohd Shabir along with his elder brother Abdul Majeed both S/O Abdul Rashid attacked her with agriculture tool ‘Draat’, a sharp edged weapon on her neck & throat and killed her on spot.  On the day of Eid festival when all village was in festivity the poor innocent woman Shamim Akhtar was killed by none other than her own husband leaving her the dead body in pool of blood in fields. After commission of crime both the accused fled away from the scene of crime.

Simultaneously a team of police headed by a Probationary Sub Inspector swung into action & after tracking for more than four hours on hills in showers of monsoon, arrested one accused Abdul Majeed from upper reaches of Kunderdan forest area when he was trying to sneak into Kashmir valley via Kounsarnag mountain pass.

Despite heavy comments & load of festival leave period, another team headed by another Probationary Sub Inspector was constituted by SHO Chasana & was entrusted the responsibility of tracking the husband, other accused in the murder. After getting clue about presence of other accused in Rajouri district, police team immediately rushed to Rajouri & raided all possible places during whole night. Finally after hectic efforts rounded up accused Shabir at Bela colony area of Rajouri, while he was trying to hire a vehicle and flee for Kashmir valley via Mughal Road in early hours of the morning. Accused was immediately arrested. Thus both accused arrested in less than 20 hours of commission of heinous crime of an murder of an innocent young woman.

SSP Reasi Sh Shailender Singh appreciated the efforts of police station especially the troops who volunteered to come back from festival leave & go ahead with the call of duty. Further investigation into the case is going on and will be completed on merits and case will be produced in the Hon’ble court for judicial determination at the earliest.