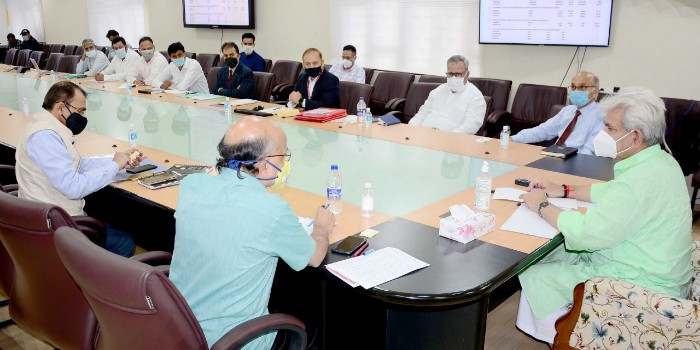 The government is authorising Naib Tehsildars to issue Domicile Certificates to PRC holders and their family members. The decision was announced by Lieutenant Governor, Manoj Sinha at a meeting while reviewing the working of Revenue department and the Auqaf.

During the review meeting, Lt Governor was briefed in detail about the working and organizational structure of the Revenue Department. He was apprised about status of the first phase of ongoing process of scanning and settlement of land records in Jammu and Srinagar. The Lt Governor set timeline for digitization of all revenue records on speedy basis by September 30, 2020.

He also directed to complete the Cadastral survey under Digital India Land Records Modernization Programme (DILRMP) across all districts of the UT by the end of May, 2021

While enquiring about the status of delivery of Domicile certificates in the UT, the Lt Governor directed to complete all long pendency by 30th September, 2020.

To speed up the process, Lt Governor announced to authorise Naib Tehsildars in addition to the Tehsildars for issuing Domicile certificate to all the PRC holders and their family members on priority.