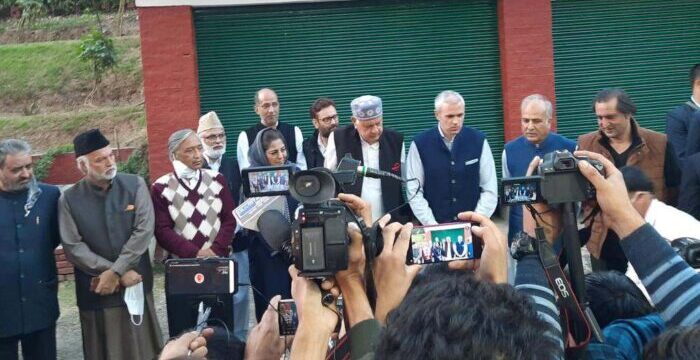 This alliance was named after the signatories of the Gupkar Declaration of August 22, 2020,  met under the chairmanship of NC President Farooq Abdullah .

And the meeting was attended among others by PDP chief Mehbooba Mufti  who was released on Tuesday evening.

The Gupkar Declaration was issued to reiterate the restoration of Article 370 and statehood as it existed on August 4, 2019.