No discussion on Article 370 in Monsoon session of Parliament 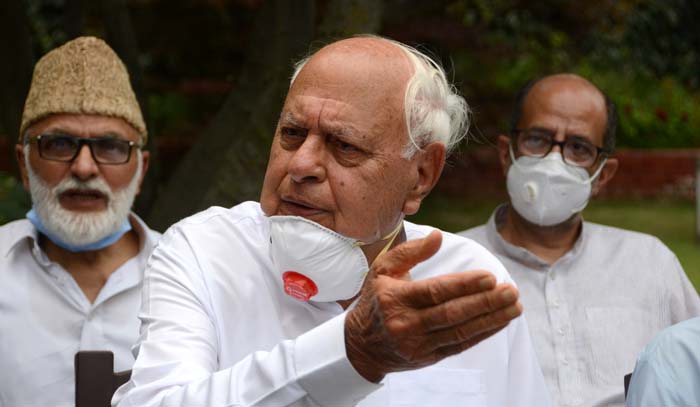 J K News Today
Jammu, September 20
There is no likelihood of Natiomal Conference move of having discussion in Lok Sabah on the situation in J&K in the aftermath of scrapping of Article 379 of the Indian constitution on August 5 last year.
The Lok Sabha secretariat has not slotted any time for the discussion on the issue so far.
NC leaders, including Farooq Abdullah , had submitted a letter to Speaker Om Birla on the opening day of the Monsoon session for a discussion on Article 370 and its after- effects in J&K after August 5 decisions when state’s special status was was revoked and its geographical and political map divided into two Union Territories of Ladakh and Jammu and Kashmir.
NC sources said that they have not been told about the date and time of the discussion.
Yesterday Farooq Abdullah has said in Lok Sabha that no progress has been made in J&K in the past one year. He said the region was suffering as even 4 G speed was not being allowed, while the rest of the country had this facility.
He had also demanded that Delhi should hold talks with Pakistan to ease the tensions on the pattern of Delhi- Beijing talks on easing situation on the birders.