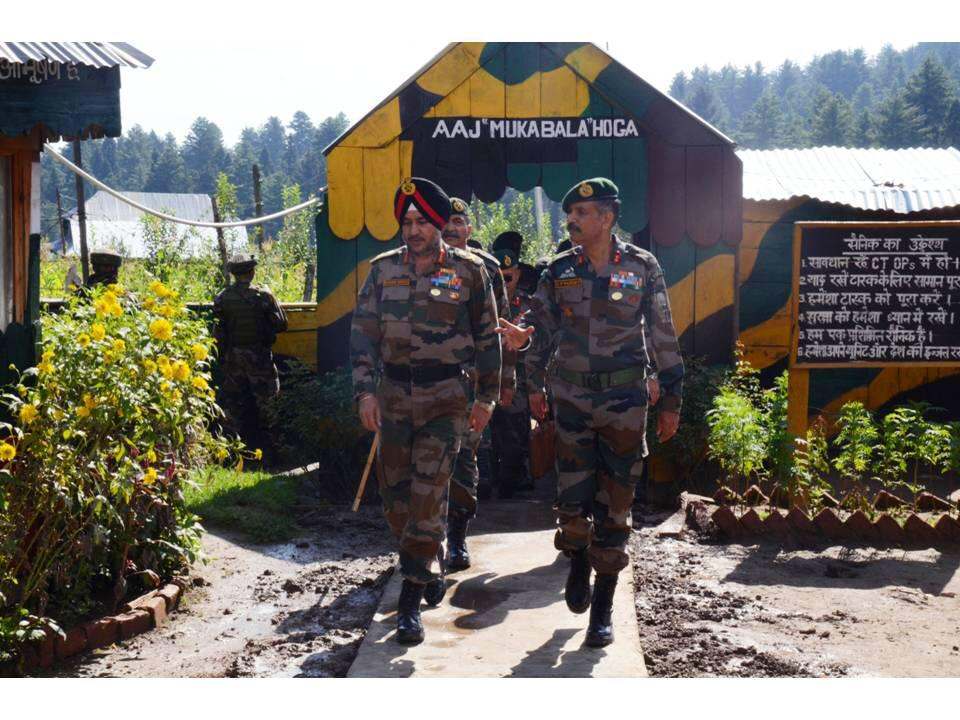 Srinagar, August 10:
On the second day of his visit, the Northern Army Commander Lt Gen Ranbir Singh visited the forward areas of Kashmir region to review the prevailing security situation on the Line of Control.
Accompanied by the Chinar Corps Commander Lt Gen AK Bhatt, the Army Commander visited the frontier district of Uri and Baramulla, wherein he was briefed on the counter infiltration grid and operational preparedness of the formations. The Army Commander was appreciative of the measures and Standard Operating Procedures instituted by the units and formations to meet the challenges posed by the inimical elements.
During his interaction with the soldiers on ground, the General Officer lauded them for their high level of morale and round the clock vigil which they maintain to thwart infiltration bids by the terrorists. The Army Commander exhorted them to continue to work with same zeal and dedication to defeat enemy’s hostile designs so as to maintain a safe, secure and peaceful environment for the Awaam of Kashmir.