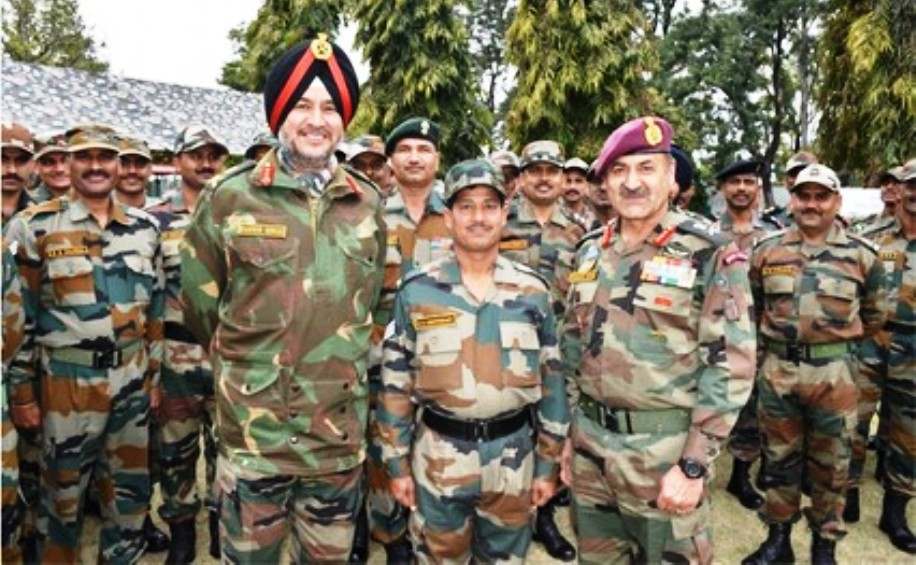 Lt Gen Ranbir Singh, Army Commander, Northern Command, accompanied by the White Knight Corps Commander, Lt Gen Paramjit Singh visited forward posts in Akhnoor Sector to review the operational preparedness and the prevalent security situation.
During the visit to the sector, the Army Commander briefed by the commanders on ground about the current operational situation, prevailing security scenario and the preparedness of the formation in dealing with the same. The Army Commander also briefed on the actions taken to meet the challenges of increased ceasefire violations through superior and aggressive domination of Line of Control being exercised by the troops for exerting pressure on Pakistan and defensive measures put in place to thwart the nefarious designs of the adversary.
The Army Commander interacted with the soldiers and complimented them for their unwavering dedication to duty, selfless devotion and high standard of professionalism. He was appreciative of the measures and standard operating procedures instituted by the units and formations in their area of responsibility to minimise the casualties due to cease fire violations and infiltration bids. The need to be prepared for effectively meeting current emerging security challenge was also reinforced. He exhorted all ranks on the need to remain vigilant to counter the nefarious designs of the enemy and anti- national elements. The Army Commander appreciated the preparedness and most importantly the morale of all soldiers of the Crossed Swords Division in light of the recent operational scenario.