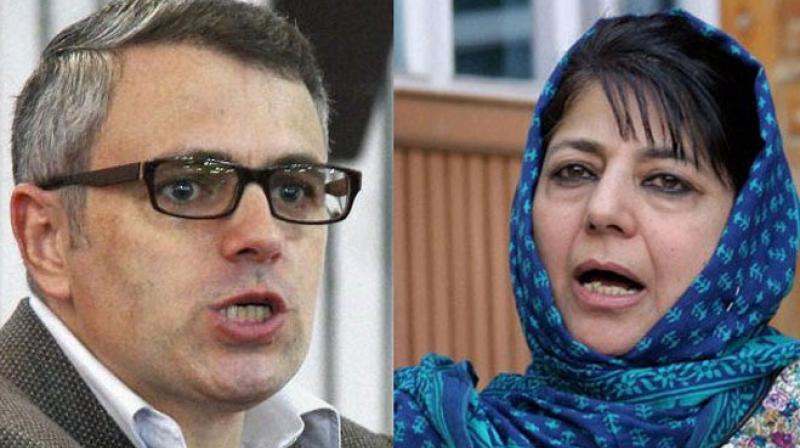 He condemned the attack on her convoy and she did the same when a leader of his party was targeted with a grenade a day later. Former Jammu and Kashmir chief ministers Mehbooba Mufti and Omar Abdullah may be arch political rivals but make sure to maintain civility when the other’s party is attacked.

Soon after a grenade attack outside the residence of National Conference (NC) leader Mohammad Ashraf Bhat in Tral, Pulwama, on Tuesday, PDP president Mehbooba took to Twitter to express her concern.

NC’s Hasnain Masoodi was campaigning in the area and is believed to be the target of the attack.

“Very sorry to hear about the grenade attack on NC’s Anantnag candidate Justice Hasnain Masoodi. Relieved to know that he is safe and no casualty or damage was reported. May Allah protect everyone,” Mehbooba, who is contesting against Masoodi in the Anantnag parliamentary constituency, tweeted.

Abdullah was quick to respond.

“Thank you for your concern. Allah was kind. Thankfully, the programme had concluded and Masoodi sahib and others were at a nearby house,” the NC leader replied.

A day earlier, Abdullah condemned the attack on Mehbooba’s convoy in Khirram area of Anantnag district.

“Most unfortunate. We condemn this attack and wish speedy recovery to her injured SSG security person,” he said on Twitter.

In November last year, soon after Governor Satya Pal Malik dissolved the Jammu and Kashmir Assembly, PDP along with the NC and the Congress staked claim to form government in the state.

“In my twenty-six-year-old career as a politician, I thought I had seen it all! But like they say never say never! Nevertheless, I would like to express my heartfelt gratitude to @OmarAbdullah and @Ambikasoni4 ji for helping us achieve the seemingly impossible,” Mehbooba tweeted soon after dissolution of the state Assembly on November 21.

The NC leader responded in the same spirit.

“And I never thought I’d be retweeting anything you said while agreeing with you. Politics truly is a strange world. Good luck for the battle ahead. Once again the wisdom of people will prevail,” Abdullah said.

However, when it comes to political issues, the two Kashmiri leaders continue to be fiercely competitive.