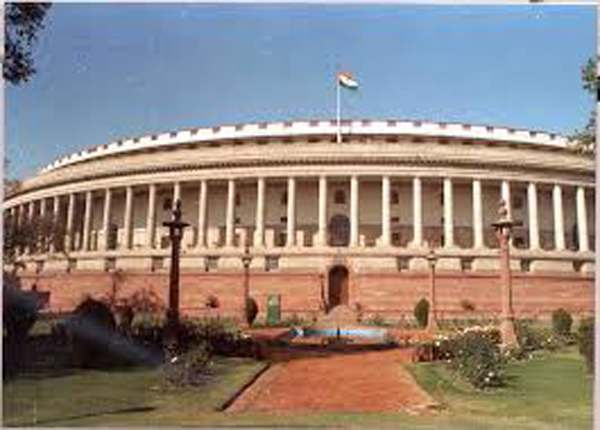 The Congress today said a number of opposition parties will collectively give a notice for a no-confidence motion against the Modi government in Parliament’s Monsoon Session.

Leader of the Congress in the Lok Sabha Mallikarjun Kharge said several parties agreed during a meeting of opposition leaders yesterday to work together to bring a no-confidence motion against the government.

The Monsoon Session begins tomorrow and will end on August 10. It will have 18 sittings.

“Around 12 opposition parties held a meeting yesterday where they agreed for collectively bringing a vote of no-confidence against the government in the Monsoon Session,” he said at a press conference.

Sources said that the Congress was working to move the motion tomorrow and is in the process of filing a notice in this regard.

Kharge said opposition parties will demand grant of special status to Andhra Pradesh, apart from raising issues such as lynchings, atrocities against women and Dalits and dilution of a law meant for SCs.

He said that attempts to abolish reservation policy and the falling value of the Rupee will be also be raised in the session.

The Congress has drafted a list of issues to be made part of the motion. This includes mob lynchings, unemployment, farmers distress, women safety, alleged tampering of EVMs, the situation in Jammu and Kashmir and the government’s foreign policy.

The TDP had moved a no-confidence motion during the last session and has sought the support of other parties for it.

It has asked for inclusion of its no-trust motion in the list of business tomorrow.

The government should give answers on how this happened, he demanded.

Leader of Opposition in the Rajya Sabha Ghulam Nabi Azad said opposition parties have also discussed the need to do away with the use of EVMs as people do not have trust in its efficacy and revert to the old system of ballot.

“We have no confidence left in the polling process. We must revert to the old system of ballot,” he told reporters.

The Congress leader also alleged that the government was compromising the autonomy of the Lok Sabha TV and the Rajya Sabha TV as this was never done before and will be raised in Parliament.

While the government has claimed that the opposition has assured them of their cooperation to ensure smooth functioning of both Houses of Parliament, opposition parties have voiced their concerns during the interaction with the government.

Kharge also read out some “common issues” finalised by opposition parties and said it was the responsibility of the government to take the opposition into confidence.

The issues to be raised by them are those of public importance and alleged that the ruling party has “no will to run the house,” Azad said.

“They (the government) do not have answers to our questions and an atmosphere is being created to blame the opposition parties for the disruption of the House,” he said.

The government has accused the Congress of not allowing the last session to function. But, the party and the opposition in general are interested in smooth functioning of the Lok Sabha and the Rajya Sabha, Azad said.

“So, we should not be held responsible for non-functioning of the two Houses,” he said.

The Congress leader also alleged that the government was bringing up contentious issues that “make political parties fight”.

Opposition parties have collectively identified issues and are interested in discussing them in both the Houses, he said.

Azad claimed that according to the opposition, the BJP wanted to divide the country on caste lines and other issues in 2014.

“We are seeing that since the last few days, an atmosphere is being created across the country not on the basis of performance, but to divide the nation. This is not in the interest of the country, he said.

Nobody for the sake of votes should use the policy of divide and rule, Azad said.

“In the interest of the country we should be united. India should be seen as an united nation. We know that the people have no problem among themselves, we are just One Blood – One Nation – One people,” Azad said.

To a question related to incidents of lynching, Azad said it is most unfortunate that this government “is so insensitive, so thick-skinned”.