“Our Rules Were Outdated”: Nitin Gadkari Defends Moves Against China 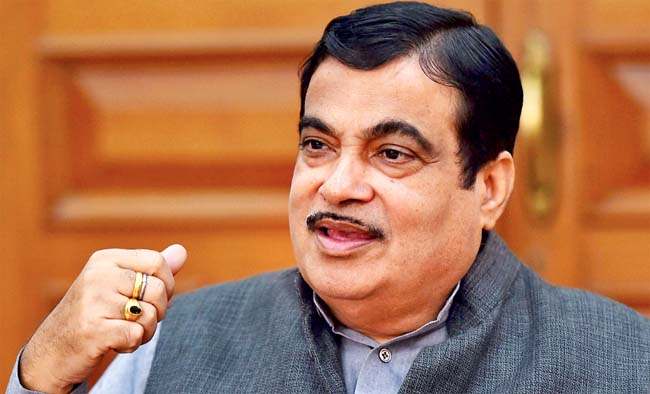 Nitin Gadkari had said this week that India will not allow Chinese companies to participate in highway projects, including those through joint ventures.

Rules that help Chinese companies are outdated and should be reviewed in national interest and for the interest of Indian firms, Union Minister Nitin Gadkari said on Friday, backing the government’s recent moves that have provoked protests from Beijing.
Days after the road and transport minister said that India will not allow Chinese companies to participate in highway projects, including those through joint ventures, the power ministry on Friday said that Indian companies will need government permission to import power supply equipment and components from China.

The orders, along with a ban on 59 high-profile Chinese-origin apps, come amid rising military tensions between the two countries that peaked last month in a violent face-off in Ladakh that left 20 Indian soldiers dead.

Backing the steps against China, Nitin Gadkari said the focus was also to encourage Indian entrepreneurs and contractors who were left out of government contracts because of preconditions that demanded experience or financial backing.

“Our rules were outdated. They set down strict conditions for contractors. For example for huge highways and bridges, we had conditions that only those who had experience of such large projects could apply. And in our country no one has done that before. So there was no Indian company to give those contracts to,” Mr Gadkari told NDTV in an interview.

“I told our people, our rules are wrong. Even though Indian contractors had the capability, they had to enter form joint ventures because of financial and technical qualifications. And given the current situation it did not seem right to give contracts to companies who have joint ventures with Chinese companies. This is in the nation’s interest,” he said.

The comments came on a day when Prime Minister Narendra Modi visited Ladakh to send a message to China over the military standoff, and China said that artificial blocks to bilateral cooperation would harm India’s interests and that the two countries should work together to uphold peace in their border region.

Asked about the series of measures that India has taken in the past few weeks against China and the new self-reliance push Aatmanirbhar Bharat programme, Nitin Gadkari said the idea was to promote Indian companies and small businesses.

“Don’t connect Aatmanirbhar Bharat to China. We have to increase our competitiveness in the world and for this we need low-cost capital, we have to upgrade our technology and foreign investment in MSMEs (Micro, Small and Medium Enterprises). We have all the technical ability,” he said.

“Two months ago, we had to import PPE (personal protective equipment) kits from China via special flights. Today our MSMEs are making such good quality kits and at such a scale that we are producing 5 lakh kits per day. And I requested our Commerce Ministry that our production is so high that we should we allowed to export it. So we are sending it all over the world,” Mr Gadkari said.