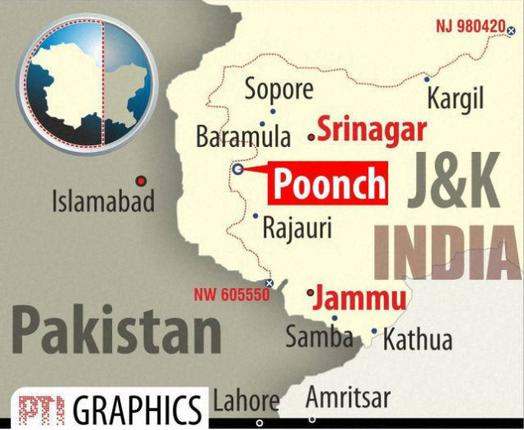 Exposing its double standards, Pakistan on its Independence Day violated ceasefire at Line of Control at Poonch district of Jammu, whereas Pakistani Rangers exchanged sweets with Indian BSF soldiers at Wagah International Borderb in Punjab.

Pakistan Army on Sunday resorted to unprovoked firing on the Indian posts along the LoC in Shahpur Kandi area of the mountainous Poonch district in a major ceasefire violation.

The firing began around 3 am in the morning and a civilian woman has suffered injuries so far there have been no reports of any injuries or casualties on army side.

Army is also retaliating and the intermediating firing is still continue at LoC, according to last reports came in.

There have been 30 ceasefire violations by Pakistan on the Line of Control till July 31 with one casualty from the army side, the Defence Minister detailed in Parliament, few days back.

Meanwhile, Ahead of our Independence Day celebrations, the BSF and Pakistan Rangers have exchanged sweets on the Wagah Border displaying camaraderie.

However, the impact of this decade-old tradition seemed to fall flat, as Pakistan opened unprovoked fire on Indian posts this morning and a gunbattle is still underway.

Last year, Indian soldiers decided against the exchange of sweets following the terror attacks by Pakistan in Punjab and Kashmir.