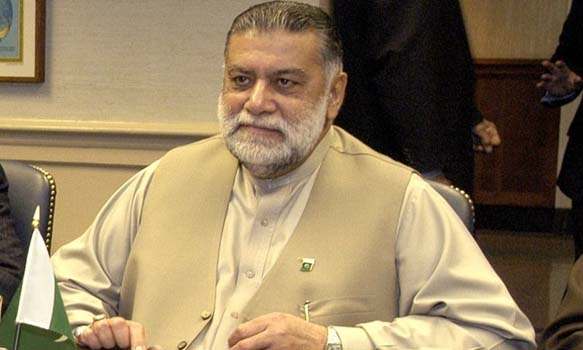 Former Pakistan Prime Minister Mir Zafarullah Khan Jamali passed away in Rawalpindi on Wednesday evening, but few would remember his contribution in scripting improvement in Indo-Pakistan ties in the times of high tensions between the two countries in early 2000s.

Within hours after the then Indian Prime Minister Atal Behari Vajpayee “extended hand of friendship to Pakistan “in Srinagar on April 18, 2003, his Pakistani counterpart Jamali hailed the offer and promised reciprocation.
Although president Gen. Pervez Musharraf was all-powerful, yet the first official response came from Jamali. He also played role in repairing the relations between Delhi and Islamabad, of course, under the shadow of Gen. Musharraf.

These were really tense times between India and Pakistan after the armies of the two countries stood in eyeball to eyeball position following terror assault on the Indian Parliament and subsequent skirmishes on border. The global scenario had changed after America had invaded Iraq suspecting the latter of preparing nuclear weapons.

Kashmir had come in sharper focus during this conflict – because the parliament attackers were traced to Kashmir and Pakistan – and tensions had touched new peaks after the massacre of 37 soldiers, their wives and children at Kaluchak army cantonment near Jammu in May 2002 and massacre of 24 Kashmiri Pandits in Nadimarg in March 2003
Vajpayee broke the ice, and there was a reciprocation of the spirit of his friendship offers by Jamili. Thereafter, a steady improvement started between the ties of the two neighbouring countries, which also resulted in ceasefire on the borders.

That part of Jamali’s crucial role in bringing change from hostility to dialogue between the two countries was one of the highlights that have not received attention and appreciation that it deserved.