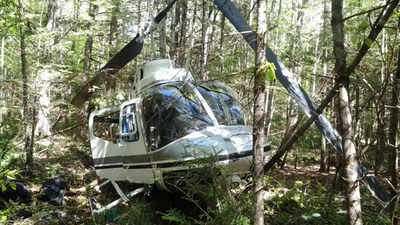 A Pakistani army helicopter crashed on Monday in bad weather in Pakista occupied Kashmir, killing the two pilots on board, the military said.

A statement from the military said the helicopter went down on the Siachen glacier, one of the world’s longest mountain glaciers, located in the Karakoram Range.

Rescue helicopters and troops have been dispatched to Siachen, the military said. No further details on the crash were immediately available. The two pilots were identified as Maj. Irfan Bercha and Maj. Raja Zeeshan Jahanzeb.

Siachen is known for tragedies, a desolate place where more troops have died from avalanches or bitter cold than in combat. Since gaining independence from Britain in 1947, Pakistan and India have fought two of their three wars over Kashmir.