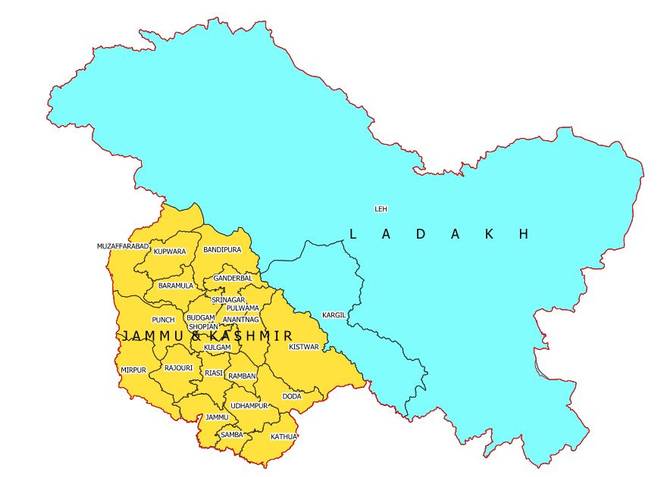 The Ministry of External Affairs have termed the Pakistan’s move to change its map to include Jammu and Kashmir and Ladakh as “Political absurdity.”

The statement reads , “We have seen a so-called “political map” of Pakistan that has been released by Prime Minister Imran Khan. This is an exercise in political absurdity, laying untenable claims to territories in the Indian State of Gujarat and our Union Territories of Jammu & Kashmir and of Ladakh. These ridiculous assertions have neither legal validity nor international credibility. In fact, this new effort only confirms reality of Pakistan’s obsession with territorial aggrandisement supported by cross-border terrorism.”

Earlier Pakistan Prime Minister Imran Khan Tuesday unveiled a new “political map of Pakistan” that counts Jammu and Kashmir, Ladakh and Junagadh in Gujarat as its territories. “This is the most historic day in Pakistan’s history,” Khan said at a news conference after getting cabinet approval for the map.