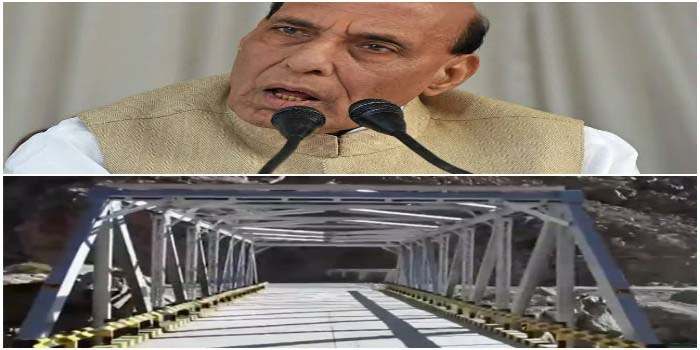 India’s northern and eastern frontiers remain tense, with Pakistan and China creating conditions that seem to suggest that “a border dispute is being created under a mission”, defence minister Rajnath Singh said on Monday while drawing attention to the collusive threat posed by the two adversaries.

“You are well aware of the conditions created on our northern and eastern borders. First, it was Pakistan, and now also by China, as if a border dispute is being created under a mission. We have a border of about 7,000 kilometres (km) with these countries, where tension prevails on a daily basis,” Singh said, while virtually inaugurating a raft of Border Roads Organisation (BRO) projects to provide connectivity to forward areas.

The minister’s comments come at a time when tensions are simmering along the Line of Control (LoC) with Pakistan and the Line of Actual Control (LAC) with China, where Indian Army and the People’s Liberation Army (PLA) have been locked in a border row for over five months and efforts to reduce friction have made no headway.

The Indian armed forces are keeping a strict vigil on the western front to deter Pakistan from fishing in troubled waters and prevent what could turn out to be a two-front conflict.

“Given the symbiotic relationship between China and Pakistan, a collusive threat to India cannot be ruled out. The question is when it is viable for them to initiate a conflict against India,” said Lieutenant General BS Jaswal (retired), a former Northern Army commander.

As India remains focused on scaling up its border infrastructure despite the ongoing border tensions, Singh dedicated 44 bridges in forward areas to the country, including 10 in Jammu & Kashmir (J&K), eight each in Ladakh, Uttarakhand and Arunachal Pradesh, two in Himachal Pradesh and four in Sikkim, whose spans range between 30 and 484 metres.

The bridges inaugurated by Singh included one on the strategic Darbuk-Shyok-Daulat Beg Oldie (DS-DBO) road that provides connectivity to the country’s northern-most outpost, DBO. The bridge can support the movement of vehicles weighing up to 70 tonnes, including tanks.

The minister also laid the foundation stone for the Nechiphu tunnel in Arunachal Pradesh and said the border infrastructure projects were of strategic importance and would provide connectivity to remote areas of the north-eastern state. The 450-metre two-lane tunnel on the road to Tawang will ensure all-weather connectivity across Nechiphu pass besides providing a safe and secure passage through accident-prone areas, officials said.

Singh said the country had not only resolutely faced the challenges posed by coronavirus disease (Covid-19) pandemic and the border tensions and disputes caused by Pakistan and China but it was also bringing about “historical changes” in all sectors of development.

Singh said the new bridges — spread across seven states and two union territories (UTs) — would improve connectivity in the far-flung areas of western, northern and north-eastern sectors and fulfill the aspirations of local people. “They would also meet the transport and logistics requirements for the armed forces throughout the year,” the minister said.

Congratulating the BRO for its efforts, Singh said the dedication of 44 bridges to the country at one go in itself was a record. He said that the annual budget of BRO, which varied from Rs 3,300 crore to Rs 4,600 crore between 2008 and 2016, is at Rs 11,000 crore, with no cuts, despite the prevailing pandemic. He said the government has sanctioned high-altitude clothing to BRO engineers and workers.

BRO chief Lieutenant-General Harpal Singh said that besides expediting road construction, the organisation has laid an emphasis on construction of bridges by completing 28 major bridges in 2019. Another 102 major bridges would be completed this year, he added.