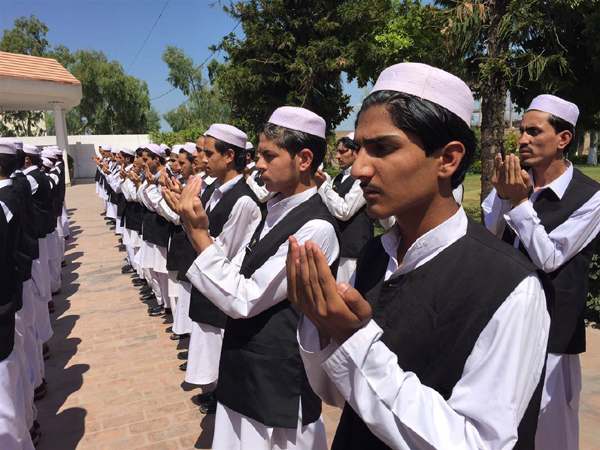 Pakistan government  has embarked on an ambitious  plan to de-radicalize   the jailed militants with the help of psychologists telling them  that their disaster courting path has ruined their lives . And the only hope to return to the normal life  lies in shuning the path of violence and obsession with radicalization.

Pakistan’s Sindh  police’s counter-terrorism  Department   is planning to start this initiative , according to Dawn newspaper.

Under the proposed initiative, the CTD would conduct psychological profiling of the arrested militants to ascertain the possible factors, leading to militancy as a move to rehabilitate them.

“The CTD Sindh has taken an initiative to create psychological profiles of arrested militants in the province,” said additional inspector general of the CTD, Sindh police, Dr Sanaullah Abbasi on Sunday.

He said a unit of the CTD Sindh had been deputed to go to jails to create such profiles along the lines of a proforma created by the National Counter Terrorism Authority to better identify the factors that lead to radicalisation of young men.

The CTD chief said the unit concerned had around 15 police personnel, who would collect data about the imprisoned militants in Karachi and other parts of Sindh.

Dr Abbasi said that there were 250 to 300 militants in different prisons of the province.

The CTD police were also planning to sign a memorandum of understanding preferably with the University of Karachi or another educational institution to seek help of qualified psychiatrists who could examine and profile high-value suspects in the future.

This exercise would be aimed at identifying the issues in psychological make-up of the militants and also to use these profiles as a first step to create the basis for a rehabilitation programme in Sindh.

Subsequently, a deradicalisation or rehabilitation centre or complex would be established preferably at the Razzaqabad police training centre in Karachi, where an antiterrorism university was also being planned to be established for a similar purpose.

The held militants would be asked several questions to ascertain the possible factors which might lead to militancy such as whether they suffered physical abuse by family members or other persons, bullying, victimisation by others, personal loss, financial problems etc, according to some of the questions contained in the proforma.

Earlier in January 2016, the CTD with the help of family members and psychiatrists had helped ‘deradicalise and rehabilitate’ two Islamic State-inspired militants in Karachi.

Those two young IS-inspired militants of Karachi were caught in Iran while travelling illegally to Syria to join the militant group before being arrested and repatriated to Pakistan.

The officials claimed that the two youngsters had turned away from ‘armed struggle’ after being ‘rehabilitated’ with the support of their families and security administration.

Although still under surveillance, the men in their early 20s have no more militant tendencies, according to the psychiatrists who evaluated their condition, said official in charge of the Counter-Terrorism Department Raja Umer Khattab.

They belonged to the middle- and upper-middle class families of the city who were handed over to the Federal Investigation Agency by the Iranian authorities before being given into the custody of the Quetta police, who later on handed them over to the CTD Karachi.

The youngsters whose identity had been withheld had no jihadi background and they came into contact with the IS through social media.