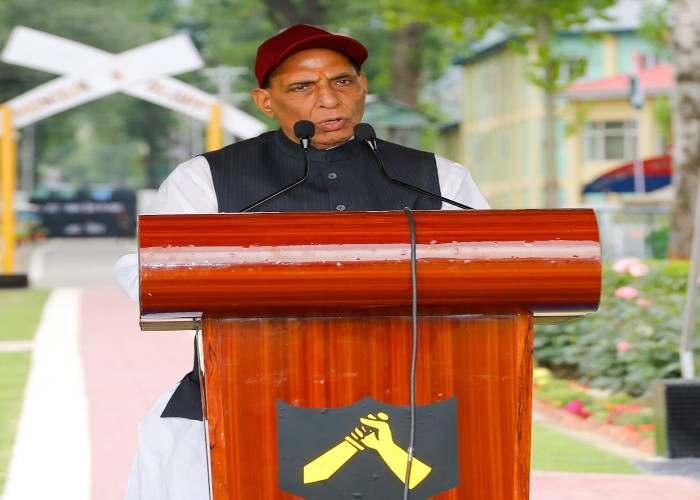 Defence Minister Rajnath Singh on Thursday said Pakistan is continuously trying to disturb peace in Jammu and Kashmir through its approach of “bleed India with a thousand cuts”, but warned that a befitting reply will be given if attempt is made to hurt the unity and integrity of the nation.

“Our neighbour has always resorted to anti-India activities. The state also witnessed militant activities in the past.

Pakistan continuously tries to disturb peace in the country through its approach of bleed India with a thousand cuts,” Singh said while addressing security forces in Baramulla district.

The defence minister arrived here on a two-day visit to review the security situation in the Union territory.

Singh, however, assured the nation that if an attempt is ever made to hurt the unity and integrity of the country, the armed forces will give a befitting reply.