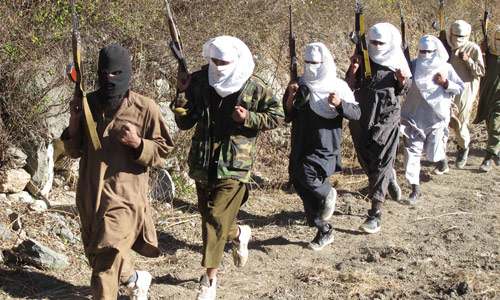 Islamabad, Oct 3 With the collapse of the SAARC Summit, there is an “urgent need” to rebrand Pakistan, a daily today said and asked the government to “introspect” and develop an “effective” foreign policy to dispel the country’s image of a nation plagued by terrorism and intolerance.

“This should be a moment for Pakistan to introspect and determine how it can effectively present itself to the international community,” The Daily Times said in an editorial after India and four other members of the South Asian Association for Regional Cooperation pulled out of a meeting of the regional grouping scheduled in Islamabad next month.

“When it comes to the global stage, perceptions matter tremendously, and unfortunately for Pakistan, its image as a country plagued with terrorism and intolerance has made most of its appeals to the international community fall on deaf ears,” the daily commented.

The editorial comes in the backdrop of rising tension with India that began with the attack on an army base in Uri on September 18 in which 19 soldiers were killed by Pakistan- based terrorists. In retaliation to the assault, India said it carried out “surgical strikes” across LoC in Pakistan-occupied Kashmir to destroy terrorist launchpads.

The Indian military action was supplemented by diplomatic efforts to “isolate” Pakistan, with India, Bangladesh, Bhutan, Afghanistan and Sri Lanka pulling out of the 19th SAARC Summit in Islamabad on November 9-10.

“It is for this reason that the refusal of five SAARC members to not attend the conference in Islamabad has sent the wrong signal to the international community. In light of this, Pakistan needs an effective foreign policy, and for that to happen it needs a full time foreign minister who is able to counter Indian lobbying in the international community and present Pakistan’s case to the world,” the editorial said.

“Pakistan is in urgent need of rebranding itself, and this cannot take place unless government takes the matter of making and articulating foreign policy seriously, highlighting Pakistan’s issues and honestly packaging its potential and promise.”

The daily also cited Pakistan’s “inroads towards a closer relationship with Russia” and good ties with the Gulf “despite Pakistan’s refusal to provide military support to Saudi Arabia in its war against the Houthis in Yemen”.

The daily, however, conceded that India enjoys influence at the global level, mostly because of the size of its economy and the potential market it offers.