Pakistan, what will you tell world about Sialkot lynching of Sri Lankan man? 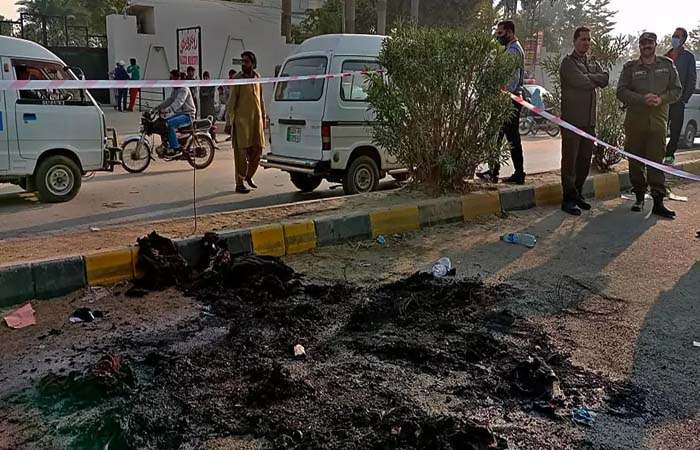 Pakistan has done it again. A Sri Lankan  national was lynched and then burnt in Sialkot in Pakistani Punjab in broad day light on Friday. This macabre scene shook the world, but  a section of Pakistanis were rejoicing  the horrendous act  executed by them.

The details of the incident are shocking beyond words. Even George Orwell’s Newspeak had no words for this.

The details of  the  ghastly incident, as reported by Pakistani media, are  like this, a mob in Sialkot on Friday tortured the General Manager of Rajko Industries in Sialkot, to death over blasphemy allegations before burning his body.

Rajko Industries is the company that had made the cricket jersey and gear for the Pakistan T20 team for World Cup.

The victim has been identified as Priyantha Kumara.  His fault that he was a non-Muslim in a theocratic state, where minorities are treated like animals, having no rights, least of the right to exist.

Sialkot  incident  was demonstrative of the pattern  expanding in Pakistan  due to the establishment’s patronage to the  extremist forces  that have grown in the neighbouring country .Extremism has become a byword for “ Naya Pakistan”, where the minorities are tortured and  killed. It happens  when the acts against minorities are condoned without any compunction for the human lives .

Pakistani Prime Minister Imran Khan  tweeted that the “ horrific vigilante attack”   on the factory  and the burning alive of Sri Lankan was “ a day of shame for Pakistan.” He has promised that he is “ overseeing the investigations  and, let there be no mistake , all those responsible  will be punished with full severity of the law.”

Given the situation in Pakistan, where the extremists rule the roost as they exist and operate  outside  any law, under the direct patronage of the Pakistani establishment,  this is nothing more than a lip service .

The malaise is far deeper in Pakistan than it is being understood. The problem is with the mindset of the Pakistan’s establishment : it sermonizes  the world  of  dangers of Islamophobia , but what answer  will it have now about this barbaric incident which took place, like many others, on the soil of Pakistan  itself.