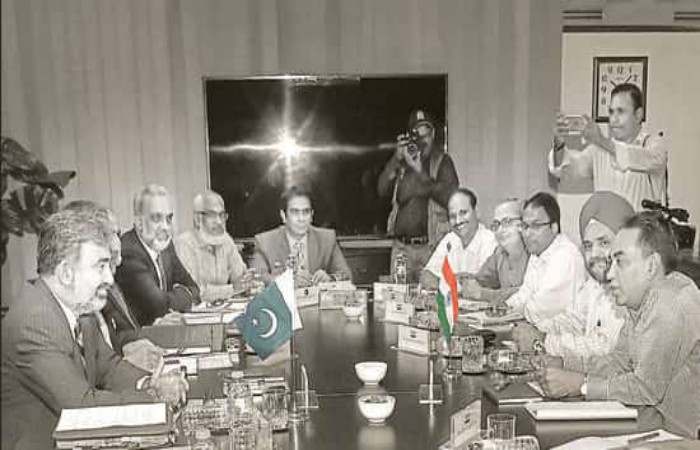 A delegation of Pakistani officials arrived in India via the Wagah land border crossing on Monday for a meeting of the permanent Indus commission, the first such talks in over two-and-a-half years.

The talks are being held against the backdrop of a thaw in bilateral relations, which had taken a hit after the 2019 Pulwama suicide bombing and a subsequent military standoff. The last meeting of the permanent Indus commission was held in Lahore in August 2018.

Last month, the Indian and Pakistani militaries recommitted themselves to the 2003 ceasefire on the Line of Control (LoC) in Jammu and Kashmir, raising hopes for further improvements in bilateral ties. The decision to adhere to the truce on the volatile LoC was the apparent outcome of behind-the-scenes contacts between the two countries.

The meeting is scheduled for Tuesday and Wednesday. The last meeting took place in August 2018 in Lahore. Officials said the gap between the two meetings was caused by the coronavirus disease (Covid-19) pandemic. After the 2018 meeting, a Pakistani delegation was invited by India to inspect the sites of the hydroelectric projects being constructed by India on Pakistani rivers.

Recent comments by Pakistan Prime Minister Imran Khan and Pakistan Army chief General Qamar Bajwa about improving ties with India have also helped clear the environment, though India has said the onus is on Pakistan for creating an atmosphere conducive to a meaningful dialogue.

During the meeting of the permanent Indus commission, the Pakistani side is expected to raise objections to the design of India’s Pakal Dul and Lower Kalnai hydroelectric plants. It is also expected to seek information on new projects planned by India on western rivers, and flood data arrangements for the flood season.

The impact of India’s decision to scrap Jammu and Kashmir’s special status in August 2019 and the Covid-19 pandemic had affected the scheduling of meetings of the permanent Indus commission, people familiar with developments said on condition of anonymity.

The Indus Waters Treaty of 1960, which was brokered by the World Bank, is one of the most durable agreements between India and Pakistan. It has survived several wars and disruptions in bilateral relations over the decades. The permanent Indus commission is required to meet at least once a year, alternately in India and Pakistan, under the terms of the treaty.