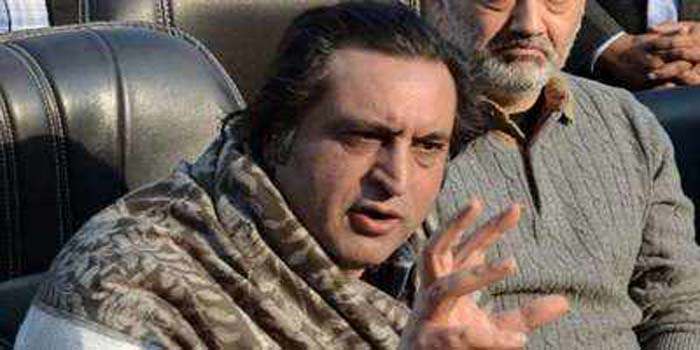 Home Minister Amit Shah’s November 17, 2020 , words about the People’s Alliance for Gupkar Declaration were prophetic: “ Either the Gupkar Gang swims along with the national mood or else the people will sink it.”
The sinking process started on Tuesday when the People’s Conference announced that it is pulling out of the Alliance because the parties were blinded by the political greed.”

What skeptics and critics were saying about the Alliance so far , has been made public now by an insider with specifics and precision , proving that the parties in the conglomerate were “ blinded by political greed” and the people know it better now than ever before , especially after the District Development Council polls of November- December 2020.
PC chairman and spokesperson of the Alliance , Sajad Gani Lone , said in a letter to the PAGD president Farooq Abdullah who also heads National Conference, the leading light of the Alliance ,” Out here in Srinagar where we hold our apex body meetings, we look at the statistics but out there on the ground people look at our actions and our intentions. They are eye witnesses to our actions. They are the actors in the political theatre scripted by us. And we think that people don’t know what we were up to. People know that blinded by political greed we fielded candidates against each other and the question they are asking , ““if we can’t trust the PAGD leadership on something as basic as a DDC seat how can we trust them for larger issues.”

We might have inflicted irreversible damage on to ourselves and on to the very people that we are supposed to represent. Trust between allying partners who have been rivals all along can be very elusive and extremely fragile.
proxies have made it perpetually elusive.”
It appears quite clearly that PC has recognized the ultimate fate of the Alliance, where the parties place their self-interests higher over the collective pledges is bound to fail , and also manifests greater realization that the goal of the restoration of the special status to J&K is an illusion , so he has parted ways with the rest of the PAGD in wisdom to ensure that he, and PC, are not blamed for the consequences that will follow the imminent falling apart of the pursuit of the goal.
the Alliance was launched in October last year , and PC leader and chairman Sajad Gani Lone made spokesperson. Now when the spokesperson and his party are out of the Alliance, the rest of things can be easily gauged .
All that what was promised by the Alliance was not just an elusive goal of getting back everything that the erstwhile state of J&K had lost on August 5, 2019 – special status under Article 370, separate flag, constitution , most powerful legislature , special rights and privileges for the permanent residents of the state , but also a rare idea of sacrificing individual interests of parties and leaders.
They failed to recognize that there was a groundswell of support for the August 5 decisions across the nation, and the discriminated sections of people in J&K – West Pakistan refugees, Gorkhas, and Valmikis. It met scales of justice , therefore the very foundation of the PAGD was based on illusions . This was known in the very beginning , but the parties concerned kept the balloon of the make-believe world very high, and now it has collapsed, as destined, with a thud .The beginning of the disintegration has been made .
Sajad Lone said it emphatically , “ It is difficult for us to stay on and pretend as if nothing has happened .There has been a breach of trust between partners which we believe is beyond remedy. The majoritarian view in our party is the we should pull out of the alliance in an amicable manner rather than waiting for things
to get messier. And I am confirming that we will no longer be a part of the PAGDalliance.”