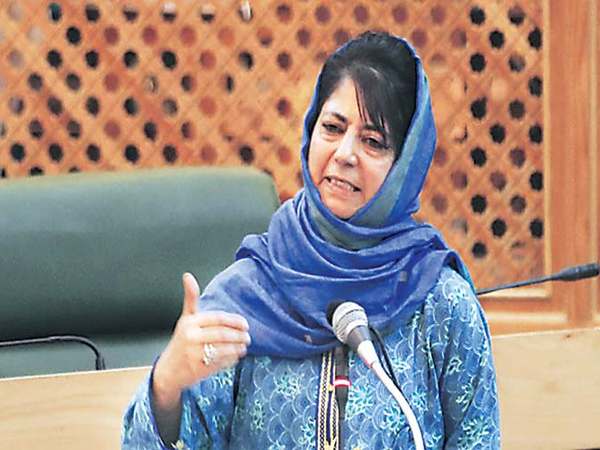 Jammu and Kashmir’s ruling  Peoples Democratic Party   has started  exercise to amend its party  constitution  to fine tune it with the modern needs of the people with the changing times .

The the task has been undertaken by a specially constituted  panel headed by a leading jurist and  senior most   leader of the party  Muzaffar  Hussain Baig , according to a spokesman of the party here on Thursday

The spokesman said that the senior PDP leader and Lok Sabha member Muzaffar Hussain Baig , yesterday , took the first meeting at his Jammu residence  with  members of the committee nominated by PDP President Mehbooba  soon after her re-election for the Party’s top slot.

Mehbooba Mufti had constituted the six-member panel headed by Baig on the day  of her election as party president for the sixth term on  December 2.  The panel has been assigned the task to update  the  Organiation’s  constitution “in tune with the avowed objectives envisaged in the First Declaration and later incorporated in its preamble,” according to the spokesman.

Baig gave the background for  why it was felt necessary to constitute committee to update the Party constitution and said that  any proposals should hinge on the “basic objective of the party to raise its stock as a purposeful  , grass-root party based on stated goals , reflective of aspirations of the people. “

The changes ‘ if any ‘ he added will be  “structural  and reiteration of party’s known agenda. “

Several amendments were proposed by the members during three-hour long deliberations to make the constitution  eloberate  and more perfect  to further the cause of  people of the state  and to encompass their  political , economic ,  social needs through  unambiguous goals and a viable and  highly inclusive  party structure.

The members focused on how can constitution guide and help in ensuring activities involving the masses in a free, democratic  manner    , orient the party cadre into a discipline  through transparent process  for larger public service and commitment  towards  party’s growth and viability.

In this regard some amendments are conceived to further strengthen the basic units from the lowest Mohalla Committees and Ward Committees up to the highest bodies at district , provincial and state level .