Pfizer: Will supply Covid-19 vaccine only through government channels 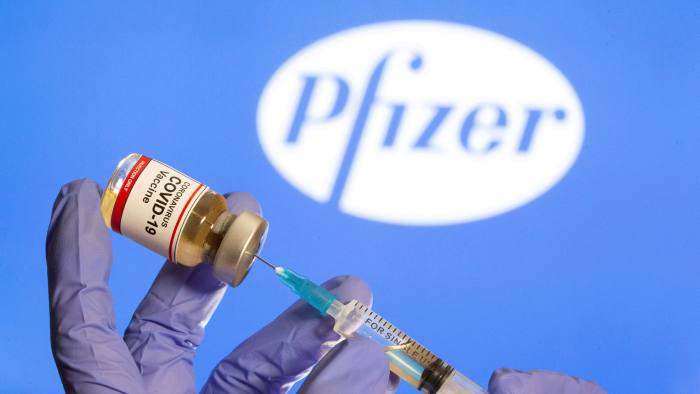 Pfizer has decided to prioritise orders from the government, and supply doses of its Covid-19 vaccine “only through government contracts” in India.

This may potentially mean that the American drug giant’s vaccine, developed with BioNTech, may not be available through private hospitals in the country — unless the Centre or state governments decide to sell doses to these facilities.

The decision by Pfizer comes at a time when India has opened up its immunisation strategy, and allowed companies the option of charging states and private hospitals a potentially higher rate for their vaccines.

While expressing the company’s commitment to making its vaccine available in India, a Pfizer spokesperson reiterated its decision to prioritise governments in their immunisation programmes “during this pandemic phase”.

The company would supply its vaccine “only through government contracts based on agreements with respective government authorities and following regulatory authorisation or approval”, the spokesperson said.

The statement by Pfizer came on whether the government’s decision to allow the sale of 50 per cent supply of a company’s Covid-19 vaccine “in the open market” impacted its plans for India.

The company was asked how many doses of its vaccine it would be able to supply, and what prices it would charge the central government and in the open market.

The company was also asked whether it had submitted a request for Emergency Use Authorisation (EUA) in India, and when it expected to begin supplying the vaccine here.

“Pfizer remains committed to continuing our engagement with the Government towards making the Pfizer and BioNTech vaccine available for use in the Government’s immunisation programme in the country,” the spokesperson said.

The multinational pharma company headquartered in New York was the first to approach the Central Drugs Standard Control Organisation (CDSCO), India’s top drug regulatory body, for restricted use permission of its Covid-19 vaccine. When it submitted its application on December 4, the company had already received EUA in the United Kingdom. While Pfizer had not conducted local trials or bridging studies of its vaccine in India, provisions under India’s Clinical Trial Rules, 2019, allowed the company to seek approval with waivers on local testing, as it had already received approval from a foreign regulator recognised by the CDSCO.

However, on February 5, the company said it was withdrawing its application after an expert body under the CDSCO raised safety concerns, and asked it to conduct local trials in the country to prove the safety of the vaccine in the Indian population.

But with the second surge raging, the government reversed its position earlier this month. It allowed vaccines with EUAs in the US, UK, EU and Japan, as well as those with WHO Emergency Use Listing, to receive restricted use approvals in India before conducting bridging studies. The announcement was made with the hope of attracting more foreign vaccines to the country.

Subsequently, the government also changed its position on opening up vaccinations, and made everyone above the age of 18 eligible for the shot. In doing so, it said that 50 per cent of the stock provided by a vaccine maker to the country could be sold to states and in the “open market” to private hospitals.

Following this announcement, Serum Institute of India, which had been supplying Covishield to the Centre at Rs 150 per dose, on Wednesday decided to charge state governments Rs 400 per dose, and private hospitals Rs 600 per dose of the vaccine.

Earlier, when the central government was in charge of procuring the vaccines from SII and Bharat Biotech, which makes Covaxin, it had capped the price that private hospitals could charge at Rs 250 a dose.