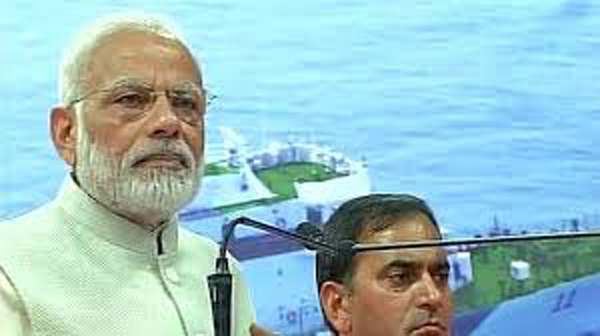 PANAJI,  November 13  (  JKNT)  Acknowledging  that the people of the country were undergoing pain of standing in long queues at banks across India, Prime Minister Narendra Modi  said , “ it is only for 50 days,” thereafter all would be “ gainers” except those who have hoarded the black money in bulk.

“ You have the right to punish me, if I  fail in my mission to root out corruption from society. That is what you had mandated me for- to eradicate corruption,” an emotional Prime Minister  told a gathering here defending his decision of demonetization of  high denomination notes of Rs. 500 and Rs. 1000 since July 8 midnight.

“ Just give me 50 days to weed out corruption,” he said and added that more stringent measures would follow to decimate the corruption from society. It is a poor-friendly step, he argued and lashed out at the opposition parties  for challenging his drive against the corruption .

“ Those who were involved in scams  are now standing in lines,” he mocked at the opposition leaders.

Modi, who broke down during his speech in Goa, also said that his dramatic decision to demonetize 500 and 1,000 rupee notes had placed him in the cross-hairs of vested interests, but vowed to end black money and   corruption with more projects.

“I know what kind of powers I have taken on. I know the kind of people who will be against me now. I am looting what they had accumulated over 70 years,” Modi said in his speech at the Shayma  Prasad Mukherjee indoor stadium in Bambolim village near Panaji.