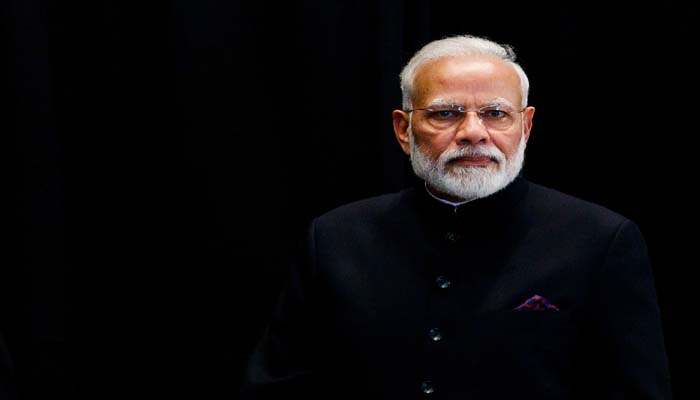 After having criticized India and its leader  Prime Minister Narendra Modi for long  , the international media has started  acknowledging that India is engaging with its western neighbour Pakistan in a positive way.

The signals have been picked up from the last month’s reiteration of the ceasefire agreement  on  Jammu and Kashmir borders and the talks on the water-sharing arrangement under Indus Water Treaty between the two countries.

Last month’s highlight was the joint statement of the military commanders of India and Pakistan that re-invoked the November 26, 2003 ceasefire on the Line of Control ( LoC) and all other sectors . That, when translated, means that the Indian and Pakistan armies will not exchange gun fire  on the borders to save their civilians and soldiers alike . This reiteration assumed significance because Indian and Pakistan armies had been  trading  fire at the LoC, Indian army did it  only after it was provoked to do so from across the borderline.

Director General of Police Dilbag Singh , whose force , has to deal with the consequences of the firing on the borders in rescuing civilians and since the fire from across the border also is also used as a cover  to push in infiltrators into J&K from the other side , the police has to tackle that menace as well, said that “ there has been zero infiltration since the February 25, when the reconfirmation of the past.”  This is a good sign . It goes to the sagacity of the leaders of the two countries .

With the resumption of the Indus Water Treaty talks between India and Pakistan in New Delhi after two and a half-years – last talks were held in Lahore in 2018 – the things have picked up pace . When the parties sit across the table, things do move toward positive results .

The whole credit for changing the situation and atmosphere goes to the Indian Prime. Minister . Why? The international media had taken upon itself to level all sorts of allegations against the Prime Minister and his government , particularly  linking  him to Pakistan-bashing  and  doing nothing about Kashmir . Narendra Modi has proved all of them wrong

Financial Times noted on  Tuesday : “The meeting of the Permanent Indus Commission in New Delhi, which controls the division of waters from the Indus river system between the two countries, marks their latest attempt at formal re-engagement since they came to the brink of war over a 2019 suicide bombing in Kashmir.”

The newspaper also observed Narendra Modi, made the unusual overture of wishing Imran Khan a “speedy recovery” from coronavirus over the weekend.” Pakistan Prime Minister Imran Khan and his wife had tested Covid-19 positive on  Saturday.

This speaks that how Narendra Modi has changed the discourse in the sub-continent , and this is what lies at the roots of the re-engagement of India and Pakistan . Modi  always wanted peace with Pakistan and other neighbouring countries . During his first term he had travelled to Pakistan and extended hand of friendship  to Pakistan , but his efforts were responded with the terror strikes .

Things came to head when terrorists attacked Uri army camp and in February 2019 blew up an explosive laden van in which 40 CRPD men were killed . India responded with surgical strikes and  made Pakistan to realise that its misadventures will get a tough reply, but if the peace is sought , India will be the first to take the first step. That it has done under  the leadership of Modi.

All Schools in J&K to remain closed in J&K till April 18 : LG Manoj Sinha

31 terrorists killed in Kashmir, Shopian tops the list with 16 : DGP