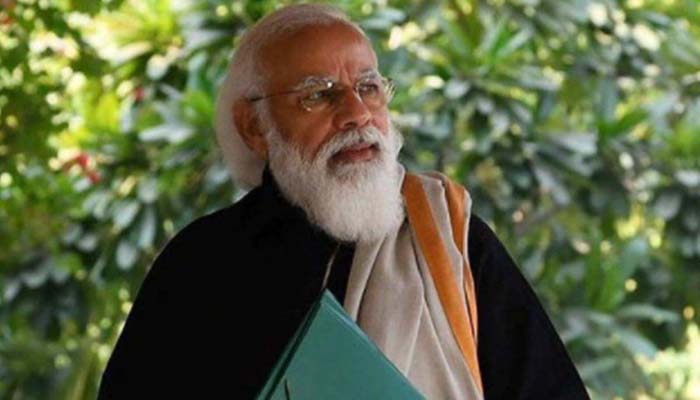 An unprecedented  welcome awaits Prime Minister Narendra Modi in Palli village of Samba  district of Jammu and Kashmir where he is scheduled to visit on Sunday and address Panchayati Raj institutions  across the country  and  inaugurate high-profile power projects  and underline the Union Territory as the new destination for  investors to park their capital and experience and enterprise , and  willing to become partners in peace and progress  of the place.  These are  known , but what is more significant about this visit is that  what he talks about from Palli village on Sunday will  be watched very closely by the world , because each and every word will touch on the Indian vision of the world affairs  at the time when  Russia-Ukraine war has jolted the world order, and in the immediate neighbourhood there is a new government in Pakistan and China is set to grant  third term to president Xi Jinping in office . The  west is trying to avert crisis owing to the conflict in Europe . Modi’s words matter a lot , and J&K provides perfect place  and backdrop to send a global message .

Tens of thousands of people would be attending his rally , a combination of the masses enthusiastic to see the leader who , many say is demi-God for them, and others mobilized by BJP leaders to demonstrate that the party is popular among the masses. The focus, this way or the other , is on  Modi and his vision ..

There is something more to the visit , incidentally it is his  first  in over three years – last he had visited J&K in February 2019 , though in between he had   visited soldiers on borders twice .  This wide gap in his visits to J&K  has also increased the curiosity of the people  who had been waiting for this  moment ever since the abrogation of Article 370 on August 5, 2019. And the place he is visiting tomorrow was  cheering ground for the end of the special status of the former  state of J&K. It is natural hailing of the leader visiting them.

Lieutenant Governor Manoj Sinha who has been working in J&K 24×7 to showcase the union territory’s transformation from a basket case to the self-reliance , has  added his  own inputs to the visit,  terming it as historic . This is reinforcement of PM’s vision  to take the UT to new heights.

There is something more to this visit . This is going to be in sharper focus for what PM would say about the people, place and the country  and  what his plans are for the nation , with a particular reference to J&K and how he views the global developments – the world order is under threat. New blocks are emerging and how India has been  able to withstand the pulls and pressures  and stand on its own . This is grasp of the international affairs and the statesmanship of Modi that has protected and projected the independent foreign policy and sovereignty of the nation ..

There is another reason too- the fact should not be lost sight of that J&K, whether it was a state or  UT now , its importance in the eyes of the world is there, because of its unique history and the contest that it has evoked since 1947. History cannot be changed … It is dotted by phases of the suspended  animation suiting the characters who happen to be in the spotlight on different occasions .

This may not to be to  our liking ,  Pakistan and the areas under illegal control , are watching the visit very closely, . Pakistani media is filled with the reports about the visit, and  see it against the backdrop of the constitutional changes that the Modi government had made on August 5, 2019 – in fact that is a big change in Islamabad-Rawalpindi’s view ; the UN resolutions on Kashmir are fading and August 5 has gained traction in the narration . Simultaneously , leaders and the army of Pakistan have voiced their willingness to have good neighbourly relations between the two countries .

Modi has an opportunity to reiterate the  principled stand  that talks were possible in terror-free environment in the region . This is what  is the reasonable way  to foster friendly ties between Islamabad and Delhi . Pakistan’s projection of it  as a nation fighting terrorism and  having made several sacrifices in this fight  is partly true. The  real-time truth  is that Pakistan worked at the behest of the Americans to join war on terror in the post 9/11 situation  both out of fear and lure of dollars which came in billions to Islamabad . But what is an ugly part is that Pakistan has sent many terrorists to this side of the border, causing mayhem, since 1980s and that disrupted life in Kashmir . If Pakistan stops  export of terrorism to J&K through physical infiltration from its side of the Line of Control and broadcast of destructive ideology in cyber space, there  is a possibility of India having cordial relations with Pakistan . Modi is icon of this mantra in words as well as actions – the history since he became the PM in 2014 bears a testimony to all this.