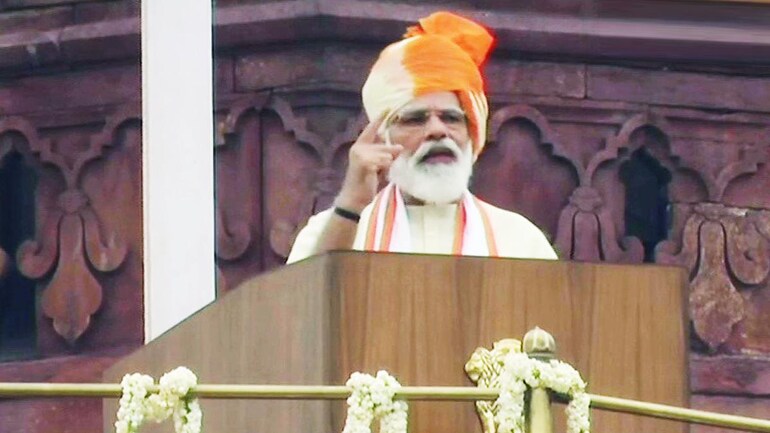 Prime Minster  Narendra Modi ‘s I-Day  speech from the ramparts of  Red Fort on  Saturday unveiled  roadmap of vibrant democracy  in J&K  ,  further empowerment of   the grassroots democratic institutions  and   holding of the much awaited  Assembly polls after the Delimitation exercise is complete.

This was in continuation of the dots that he had made to the people of Jammu and Kashmir that all doors will be unlocked for them t be co-share holders in the Indian democracy with grassroots democratic institutions – panchayats and urban local bodies getting the same powers   and privileges available in the rest of the country- and holding of Assembly elections after the due process of Delimitation is accomplished.

The holding of Assembly elections after the Delimitation Commission completes its work of redefining the constituencies – J&K Reorganization Act passed in the Parliament in August last year had increased the strength of the new Assembly in J&K to 114 seats- 90 from J&K, and the rest 24 for the people of J&K living in the territories illegally occupied by Pakistan.

After the bifurcation of the state into UTs of Ladakh and J&K, it was made clear that only the UT of J&K will have the legislature. Ladakh had four seats out of 87 in the previous Assembly that was dissolved in November 2018.  Therefore, Delimitation is  to be done for 90 constituencies – that means that seven more constituencies would be added  to the existing 83- 37 from Jammu and 46 from the Valley .

Modi  whose government had  done away with the special status of J&K  and  divided the state into two Union Territories of J&K  and Ladakh  on August 5 last year , in fact, had added to  its own  challenges , for whatever happens to J&K or within its boundaries impacts national and international opinion.

Whether it is acknowledged or not, it has to be understood that J&K holds a special place in the country’s idea of unity in diversity. Despite its special status having become part of the history, its geographical location high in the Himalayas and its bewitching beauty continue to hold special position in the eyes of the nation. It is also true that international opinion as and when it is voiced reflects mostly on the conflict side.

P M has not only held out a positive roadmap for the people of Jammu and Kashmir but also told the world that the vibrancy of Indian democracy was kicking and alive in J&K in its full spirit.