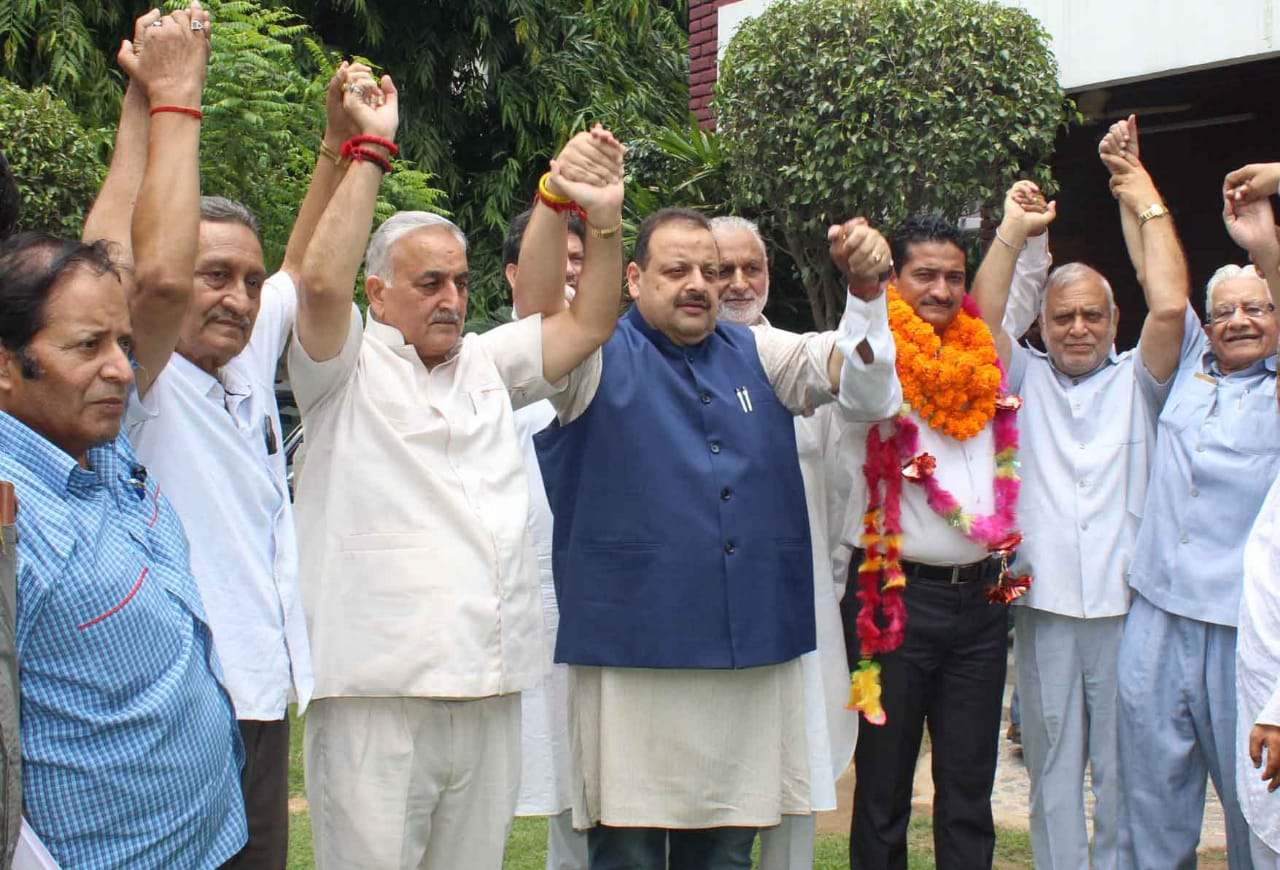 National Conference Provincial President Mr Devender Singh Rana on Wednesday emphasized the crucial need of steering Jammu and Kashmir to political stability, saying the breach of trust and mandate by the just-ended opportunistic BJP-PDP combination had hugely shattered peoples’ faith in democratic polity, which is now needed to be restored and reinforced.

The Provincial President said the past three years’ of political misadventure will haunt the people for long, as the State witnessed crisis due to lack of credibility of the former ruling dispensation.

The Provincial President exhorted the party cadre to gear up for meeting the challenges confronted to the State under the dynamic leadership of Dr Farooq Abdullah and Mr Omar Abdullah. He reiterated the commitment of the party, having presence in every nook and corner of the State, towards fulfillment of urges and aspirations of the people.

He exuded confidence that joining of well meaning political activists like Mr Pyare Lal Sharma will further strengthen the party, especially its one of the strongest bastion of Kishtwar district.

Mr Pyare Lal Sharma reposed his immense faith in the policies and programmes of National Conference and pledged to work for the upliftment of the people and development of the State as a foot-soldier of the party.