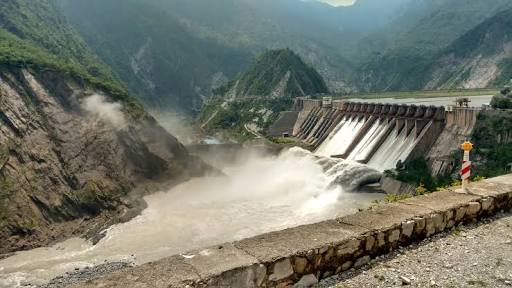 J&K and Ladakh  are rushing  at a high speed toward complete self-reliance in power sector  with the old and new power projects  beaming a new promise to this effect.

Ever since  August 5 , one of the high priority areas  of the UT administrations in J&K, and Ladakh is on reviving the stalled power projects and starting new projects . The power generation will help the government  to light all the homes all across the two union territories, which in itself means bringing new light of hope for the people who had been living virtually in dark times because of the lack of focus in this  particular area.

The political governments in the past had been making  a lot of hue and cry that the Indus Water Treaty  has proven detrimental to the power generation , because the waters of the three major rivers, Indus, Chenab, and Jhelum could  not be harnessed  due to the Treaty. It was made an issue against Delhi and  political parties always raised the pitch while seeking compensation for the  waters wasted – for the rivers  were flowing to  Pakistan .

The politicians of different stripes would also raise voices against National Hydro-electric Projects Corporation for taming the water of the rivers and generating power with only 12 per cent of it coming to J&K as part of the royalty . They  were creating a perception as the J&K waters were being usurped by the NHPC , without answering a question why didn’t the state governments utilize the water and generate electricity or create irrigation network for the benefit of the people .

In short, they tried to misrepresent the facts and create  doubts in the mind  of the people , but at the same time ,  when Prime Minister Narendra Modi said in 2016 that he would not allow the waters to go waste and use all the water in J&K  and Punjab rivers that fall under the IWT , Kashmiri politicians started  a campaign against it . There are so many contradictions and divided loyalties that only stalled the start of the projects  and, in reality stalled the progress  of J&K as well.

Had J&K been power reliant, industries  would have come up and these could have generated prosperity for the people as also  employment for the youth in J&K. That did not happen.

Now, it is the same water, the projects have started and the hope for generation of power and other benefits  would start reaching the people.

The work on 624  Kiru power project in Kishtwar started  on June 17, and a lot  of progress has been made in the multi-purpose  280 MW  Ujh project. Many projects have started dotting  Ladakh as well, 45 MW Nimmo Bazgo and  44 MW  Chutuk project in Kargil .

There are many more such projects . The completion of these projects will take time, but a  promise has taken off with the work on the ground.