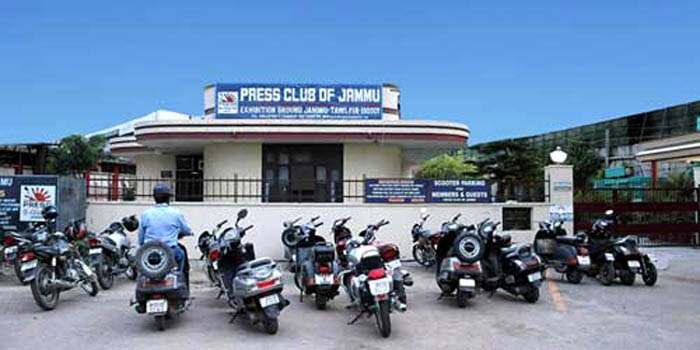 Working journalists including photo-journalists and video journalists of Jammu region, in one voice, have taken strong exception to government’s harassment of senior journalist Mohammad Saleem Pandit of The Times of India.

In a meeting, Press Club of Jammu (PCJ) sharing its concern has conveyed its displeasure and anguish to the Jammu and Kashmir government for lodging an FIR against the senior journalist Saleem Pandit who has been discharging his professional duties since 2000 in the Kashmir Valley for the national daily.

Saleem Pandit, Assistant Editor of the newspaper had reported about the attack on the tourists by stone pelters soon after the killing of 13 terrorists on April 1, 2018. The police , though admitted that two tourists were injured in the stone pelting somewhere in Khanabal in Anantnag and still but the scribe had reported that the attack was carried at three locations which he still stand for, causing injuries to four tourists.

Ironically, the state government not only harassed the senior journalist by adopting different means including launched  a campaign to malign the senior scribe  Saleem Pandit in social media through its agents , but they also registered a case against the scribe in the police station under section 505(2) RPC.

Ashwani Kumar, President, Press Club of Jammu  said that there are many other ways to contradict a story but registration FIR against a journalist for report reflects government’s mindset to gag voice of media.

Various journalist groups in Jammu warn the state government to desist from further damaging the image of the fellow journalist Saleem Pandit .

President , PCJ, Ashwani Kumar said any harm caused to the said journalist would be on the head of the state government because they  incite the particular section of the society against the senior journalist , who are making threatening calls to Saleem Pandit.