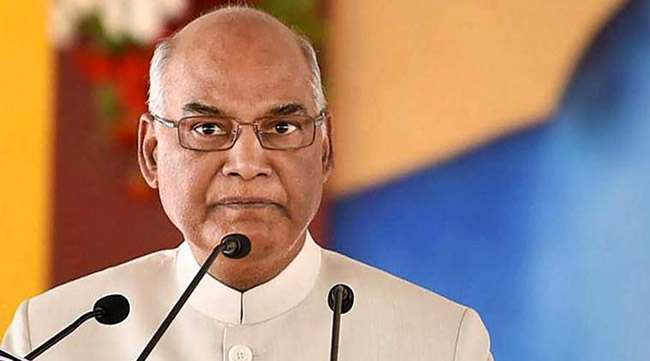 President Ram Nath Kovind  On Saturday appealed to judicial academies in states to provide training to quasi-judicial staff along with judges in district courts for the speedy disposal of cases.

“The academies should set up a permanent platform for the exchange of legal knowledge and information for them (the judges and quasi-judicial staff in district courts) to discuss on simplifying court process and legal procedures for the speedy disposal of cases,” the President said while addressing the inaugural function of the two-day All India State Judicial Academies Directors’ Retreat at Manas Bhawan here in Madhya Pradesh.

Kovind also acknowledged the efforts of the MPSJA for optimum utilisation of available resources in conducting online training programmes during the coronavirus pandemic.

“The MP Academy carried live telecasts of lectures and uploaded essential educational literature and recorded lectures on its website during the pandemic,” he added.

The President also hailed the rise in the usage of technology in the judicial system, saying computerisation of 18,000 courts in the country has been completed.

“The usage of technology facilitated hearing of 76 lakh cases through virtual mode by courts in the country after the lockdown to contain the COVID-19 came into force, till January,” he said.

The President said the judicial system in the country is being praised abroad for having the national judicial data grid and for putting in use the unique identification code and QR code technology in handling of cases.

Observing that some high courts do provide judgements in local languages, the President underlined the need for more such efforts.

The President also suggested that high courts provide translation of judgements on important public issues in local or regional languages in respective areas of functioning.

Kovind praised the efforts of the Supreme Court in executing his suggestion to provide translation of judgements on important public issues in different languages.

“Now the (top) court provides translation of judgements in nine languages,” he added.

The President is on a two-day visit to Madhya Pradesh which began on Saturday.

In evening, he will attend the Narmada ‘aarti’ at Gwarighat on the banks of the river and participate in a cultural programme organised in the Madhya Pradesh High Court premises here, an official had said.

After a night halt in Jabalpur, Kovind will leave for Jalhari village in Damoh district at 9.30 am on Sunday, from where he will go to Sangrampur village to attend ‘Janjatiya Sammelan’ organised by MP Tribal Welfare Department.

He will leave for New Delhi around 3.20 pm on Sunday, the official said.