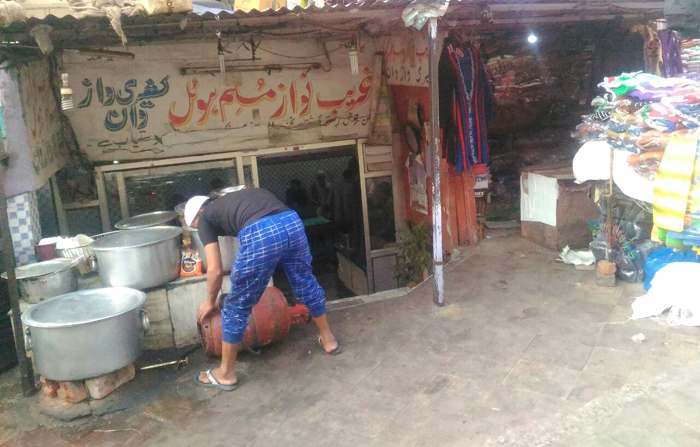 In violation of all rules the escorting policemen took  four prisoners to a Dhaba  — Garib Nawaz Muslim Hotel — Kashmiri Wazwan at Bus Stand Jammu for lunch shocking and scaring the on-lookers and creating panic among them. 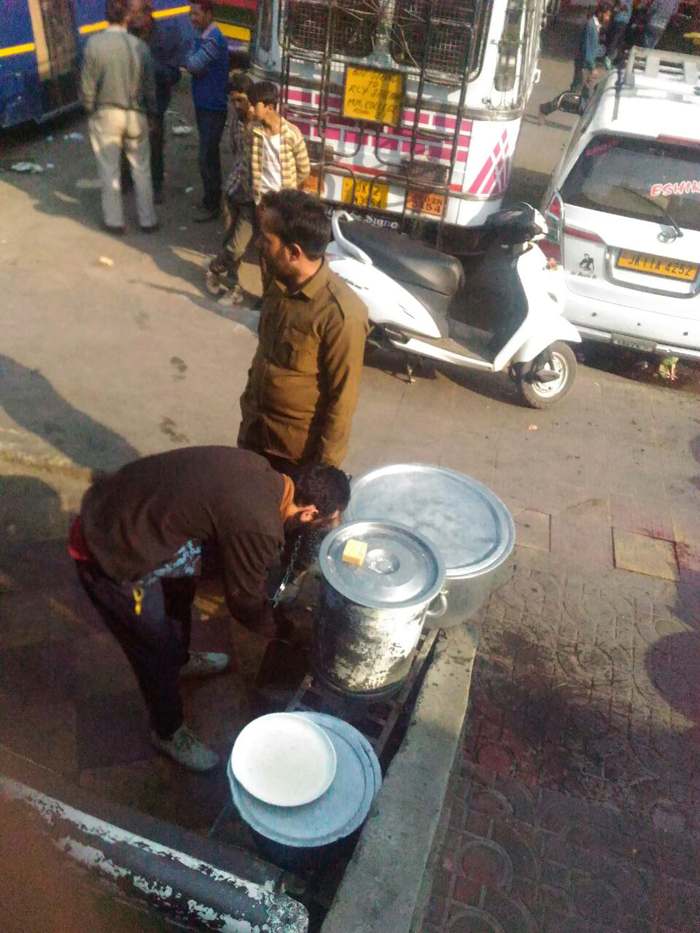 A blue colour Tata mini bus  number JK 05E 4703 brought these prisoners to the Dhaba where all of them — the escorts and the prisoners had hearty non-vegetarian meals. 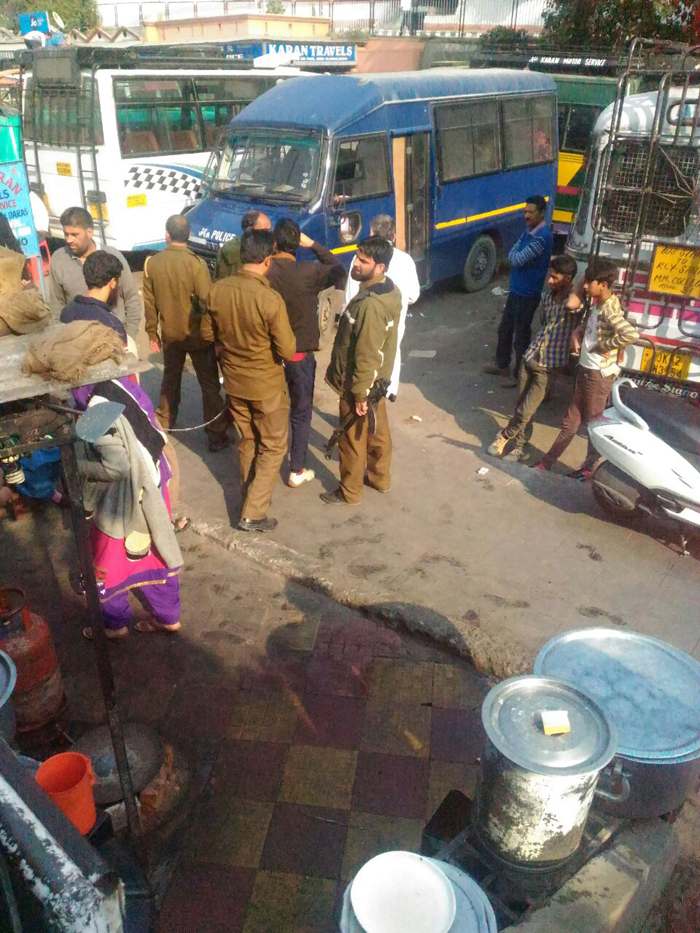 The Director General of Prisons SK Mishra on being asked, told, JK News Today, ” This thing (taking prisoners to Dhabas) is not allowed at all that too at such crowded place. But It is executive police that take the prisoners out,” either for hearing in court or any other transfers.

Nobody from the executive police was willing to say anything on this “Gross violation” of the prison rules which could have resulted in escape of prisoners or risk to the lives of common man.