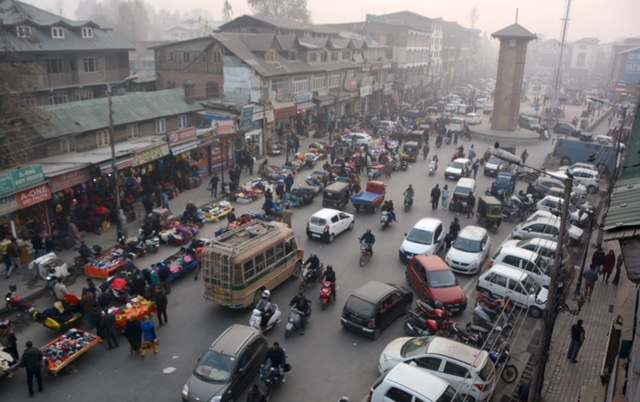 Srinagar,  November 24  ( JKNT)  In clear signs of peoples’ pressure overtaking the  separatists’ protest calendar, public transporters and vendors  were visible all across the Valley in large numbers on Thursday, though some shops remained  closed .

It is for the first time that in this nearly-five month long unrest, public transporters, mini buses, taxis and auto rickshaws appeared  on road in large numbers , leading to traffic jams as the  crowds jostled to board these vehicles. This was despite the fact that the Thursday was listed as a day of complete strike in the protest calendar issued by the separatists on November 14 , which was valid until today.

People in Kashmir had been facing the economic crunch and  social inertia because of the general strike calls  and street protests . They have now come out in visible defiance to these calendars because of their mounting losses and the impact on their day-to-day life, an official  told J K News Today .

The traffic was also plying on the inter-district routes.

The separatists had been calling for normal –life paralyzing  protests after the killing of  Hizb-ul-Mujahadeen Commander Burhan Wani  on July 9 . Over 90 people have been killed in the clashes between stone throwing protestors and police.